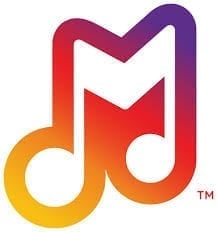 Milk Music is a radio-style streaming application that allows users to choose different genres of music. Based on the selected genres the application selects the station to be played. The users can save their favorite stations. The users can also filter their songs using the favorite and popular categories. The free version of the application allows you to skip six songs during streaming.

Recently, we have been hearing news about Samsung shutting down Milk Music Service in some countries. The Milk music radio service was confirmed to have been shut down in Australia by the team. The application was launched in the country, last year. The service will not be available to users after 28th April 2016. Users will be unable to stream music or play cached music files on their devices using the application. Subscribers of Milk Music premium will be able to stream music on Google Play for the next 3 months free of charge.

However, Samsung is yet to give up on the service. Samsung has now launched Milk Music in China. The recently released music streaming service will offer one million local tracks. International tracks will be added to the service in the coming days.

Samsung’s Milk Music will also offer a number of radio stations in China along with streaming local content. There have also been a few additions to the music streaming application such as adding enhanced discovery feature which will help users in finding the latest content, a concentric dial design with translucent background effects. The background color for the app changes as the album changes.

Recently, there have been rumors that Samsung may purchase Jay-Z’s music streaming service Tidal. Samsung has although denied having interest in buying the service.