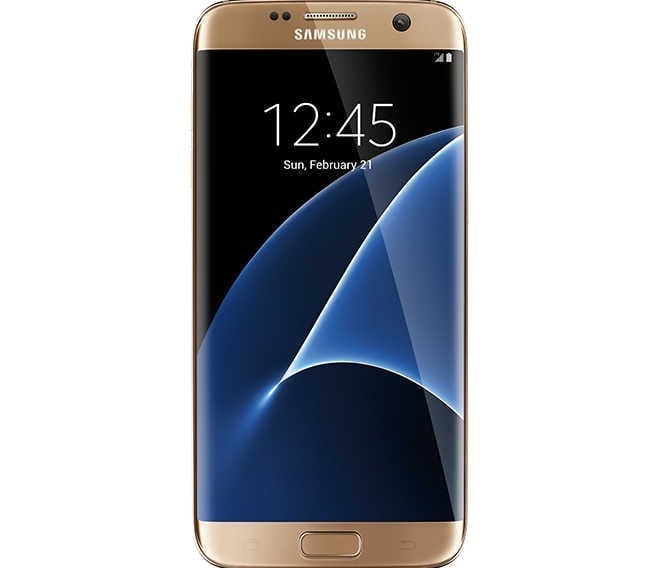 Samsung Galaxy S7 is a recently launched smartphone by the technology giants, Samsung, as the continuation of their Galaxy Series of smartphones. This latest addition to the galaxy family was launched in February 2016.

As far as its display features are concerned, Galaxy S7 features a 5.10’ touch-screen, enabled with resolution up to 1440 pixels by 2560 pixels. The pixels per inch or the PPi ratio is 577. It is equipped with a 1.6GHz Octa-core processor with a 4GB RAM.  It ranks rather well as far as its internal storage is concerned. It has 32GB of internal storage and this can be expanded to 200GB via mounting a micro SD card as the external storage.

In regards to its camera features, the Galaxy S7 is at an apparent disadvantage but this is not the case in reality. It offers a rear camera of 12MP and a front camera of 5MP for selfies. This is one aspect in which the Galaxy S7 outclasses its competitor smartphones because of its phenomenal camera.

It is enabled with Android version 6.0.  As far as its battery type is concerned, it comes with a 3000mAh Li-ion battery which is non-removable.  From the weight aspect, it’s a mere 152.00 grams. It is a dual sim smartphone, like most of Samsung’s smartphones, and its connectivity features include Wi-Fi, NFC, GPS, 3g, and 4g. This phone is enabled with proximity and ambient light sensors and also features accelerometer and gyroscope. You must invest in a good galaxy s7 active case to protect it.

Starting off with the comparison between their screen displays, the Galaxy S7 and iPhone 6s are clearly differentiable in this aspect. While the Galaxy S7 has a 5.10’ touch screen, iPhone 6s possesses a 4.7’ IPS LCD. One important thing to note here is that Galaxy S7 has a Super-AMOLED screen, which means that its display of black and dark colors gets enhanced manifolds because of this developmental feature. What happens as a result is that the Galaxy S7 has a more vibrant and sharper display as compared to iPhone 6s, in which LCD is present.

But in the display feature, the game isn’t all Samsung Galaxy S7’s way either, as it still stands no chance against iPhone 6s’s 3D touch, which is sensitive to varying pressures applied on it. This is where the iPhone 6s takes it from S7 because this feature is a hold-off for the Apple users.
When it comes to the camera comparison of the two phones, the Galaxy S7 has been able to bring to the table one feature that Apple has failed to improve in iPhone 6s, which is the low-light performance of the camera. S7 features optical image stabilization (OIS). In addition to this, the Galaxy S7 also has a ridiculously accurate and sharp auto-focus feature. As a final verdict, the iPhone 6s remains one of the best phones for photography in normal light conditions, but when the light gets dim, that’s when the S7 begins to light up the captured moments.

When a comparison between the performance of the two phones is concerned, the Galaxy S7 has an octa-core processor with 4GB of RAM, whilst the iPhone 6s only has 2GB of RAM. This makes Galaxy S7 an absolute gem of a smartphone for gaming as well as high-end tasks.

So, concluding with the comparisons between the two phones, Samsung’s Galaxy S7 features a terrific display, a more capable processor, twice the memory, and a performance-wise much better camera.  So, until Apple launches its new flagship phone iPhone 7, it is definitely Samsung’s Galaxy S7 that has the winning edge right now when it comes to the smartphone industry.

Author: Ayesha Siddique is a Mechanical Engineering student, currently in her Junior Year. She is an avid Tennis Fan and enjoys literature and management related activities.