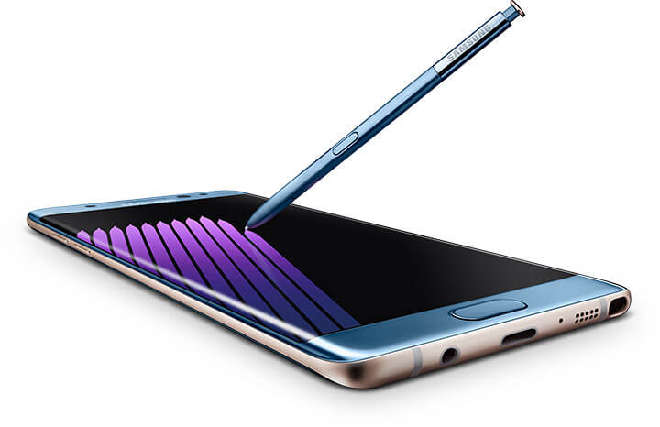 We are now past the phase of speculations, and the Samsung Galaxy Note 7 is finally out. Let’s take a look at whether this phone is the best phone of 2016 or not.

Not long ago, Samsung came up with its very best phones to date, the Galaxy S7 and the Galaxy S7 Edge. These phones were rated very high on display, hardware and more or less every spec they offered. The Galaxy Note 7 is very similar to both of them, to begin with.  Samsung has very cleverly come up with Galaxy Note 7 that makes you think if you still want a better performer, that too with an S Pen, this would be your priority.

The new and thinner S Pen is one of the attractive features of Galaxy Note 7. It is now water-proof—yes you can use it even underwater. This S Pen helps you take tiny notes on your phone’s screen as if you are using your notepad. Great for scribbling random stuff or making a to-do list. If you are a GIF fan, then you can easily create your own by simply tapping the screen a couple times, a cherry on top, you can doodle on them.

The Note 7’s screen is similar to that of the Galaxy S7 Edge. The curves on both sides, make the phone having 5.7-inch screen seem a lot less bulky than its predecessors. I would definitely mention that the Gorilla Glass gets covered in fingerprints super easily. The Note 7 also shares the “always on” feature with S7.  This helps you see your notifications and date/time even when the phone is on stand-by.

This is something pretty new in the Samsung family, the Note 7 comes with the Iris scanner, which helps to unlock the phone only by letting the Note 7 scan your eyes once. For those of you who are eager to unlock your phone while you are asleep, this brings bad news as they will no longer be able to do that with this feature.

This feature, however, can’t be made use of in all situations, for example when you are in a meeting.

The Note 7 is waterproof, you can easily use it when you are planning on going to the swimming pool or while taking an early morning; quick bath.

The microSD Card back!

Yes, your prayers have been answered and Samsung has been kind enough to bring the microSD card back!

In the world of today where every single Smartphone company is burning its midnight oil to bring you the best, the Note 7 does deserve a special place! It definitely brings out a cool display that can be your entertainment companion and awesome camera for the photography fans out there and overall a beast-like smartphone to handle your any and everything!