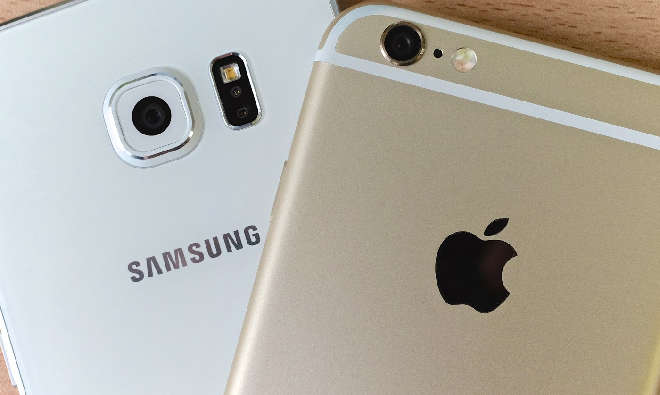 On Monday, Samsung electronics asked the justices of the Supreme Court to hear the Appeal of it’s legal feud with Apple. The South Korean based company may be hoping to overthrow the decision of the 2012 jury which held it liable to pay Apple a total of $930 million for infringing the patents of Apple’s iPhone.

Samsung has requested the court review the “design patents” especially. Apple was able to convince the jury that certain of the design elements of Samsung were derived from Apple’s widely successful smartphone; the iPhone. The Cupertino-based company argued that the rectangular shape of the Samsung handsets along with the rounded corners are especially derivative of the iPhone’s designs.

According to Samsung the lower courts were guilty of misapplication of the law regarding the design patents. It argues that the law is in force to protect merely the “ornamental” features of a product. They claim that Judge Lucy Koh of the U.S federal appeals court should have told members of the jury about the parts of the iPhone that were merely ornamental and differentiate between those which were functional. They feel that the jury was allowed freedom to look at the appearance of the product instead of being restricted to focus on the most relevant issues.

Additionally, they also stated that the judge had ordered too high a payment in damages. Samsung contends that the 1887 law on design patents was outdated and highly punitive for application to any modern products, including smartphones. It reportedly “overprotects and overcompensates” the patents of Apple.

Apple did not comment on the petition directly, however, a spokeswoman for Apple repeated that the company highly values “originality and innovation” and that their products are meant to “delight the customers” instead of allowing their competitors to copy their designs.

Interestingly the last time the Supreme Court of United states of America heard a case on patent infringement of a product which was directly related to its appearance rather than functionality was in late 1800 on designs of spoon handles and carpets etc. The Supreme Court will most probably decide early next year if they want to even hear the case or not, however if allowed, the arguments will take place after fall 2016.