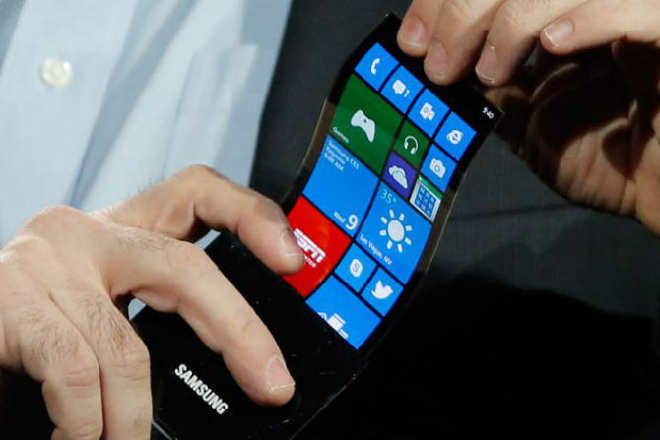 The Smartphone is probably the invention that has made the greatest impact in the history of modern mankind. However, lately, the market has not much new to offer. Apple and Samsung are the two leading brands in the field. They keep releasing newer models and operating systems but they are not really providing much of a change except changing a few specs and the size.

All this is about to change as Samsung announces their latest invention that is about to hit the market. The bendable phone. Samsung’s first foldable phone is “right around the corner” according to Gregory Lee, President, and CEO of Samsung Telecommunications America.

“This product could be a game-changer if Samsung successfully comes up with a user interface suitable for bendable screens,” said Lee Seung Woo, an analyst at IBK Securities Co. in Seoul. “Next year is a probable scenario. Their biggest obstacle was related to making transparent plastics and making them durable, which seems resolved by now.”

We’ve heard word that the tech titan is gearing up for flexible displays in 2017, and this may indicate that the Samsung Galaxy X, which is anticipated to be debuted at MWC 2017, may just be bendable. Lee indicated that the company has been working on foldable phones for the last decade, but the only thing that has been keeping them from the market has been prohibitively expensive production costs. Now it seems like manufacturing technology is finally catching up.

Speaking at the Future:Mobile conference, and reported by Recode, Lee said that the new bendable phones are incoming. Explaining the delay behind getting them to market he continued, “it just has been very difficult to manufacture at a reasonable cost”.

Lee’s comments are, perhaps, unsurprising considering how many leaks have surfaced about Samsung’s foldable tech and how open the company has been about its plans. And, the very real threat from new competitors who could beat them to market, including Lenovo, LG, and Chinese startup Moxi Group.

Nothing of this sort has ever been available before and if it is a success, it will tilt the scales heavily in the favor of Samsung and Apple would have to come up with something equally remarkable to gain a strong footing back in this world.