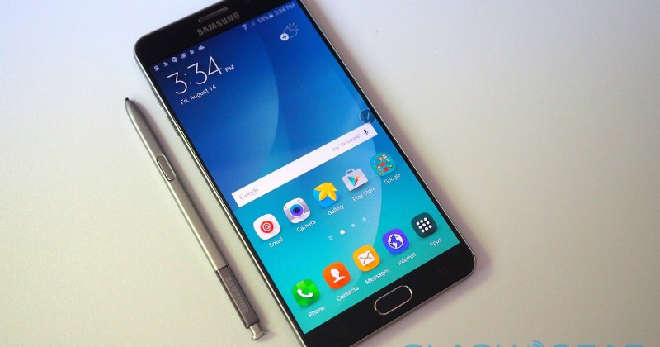 Users all around the world are eagerly waiting for the release of Samsung Galaxy Note 6. According to the rumors, the device is likely to have many high-end specs and features.

According to rumors on Wiebo the Samsung Galaxy Note 6 will have a 5.8-inch large display with 2,560 x 1,440 pixels QHD resolution. The device is also rumored to have Qualcomm Snapdragon 823 processor, a 6GB RAM and an internal storage of 256GB. Snapdragon 820 has been used in Galaxy S7 and S7 edge,  Snapdragon 823 is an upgraded version of the processor.  However, Samsung may also offer the Exynos powered processor as an option for different markets. The device is likely to feature 42,00 mAh long lasting battery. According to other rumors, Samsung Galaxy Note 6 may also have IP68 certification for dust and water resistance, and infrared focus support. Weibo had previously reported that Samsung was testing both flat and curved screen for the device but now only mentions the flat screen. So, we will likely see the flat screen version of the device.

According to claims made by SamMobile Samsung Galaxy Note 6 may be the first Samsung device to feature USB Type-C cable. Other companies like HTC and LG  have already featured USB-C type cables in their devices and it’s about time Samsung features it in their devices.

Other rumors suggest the Galaxy Note 6 to have an iris scanner. If these rumors turn out to be true the device will be very impressive.

Are you waiting for the release of Samsung Galaxy Note 6? What features would you like to see in the device? Let us know in the comment section below.