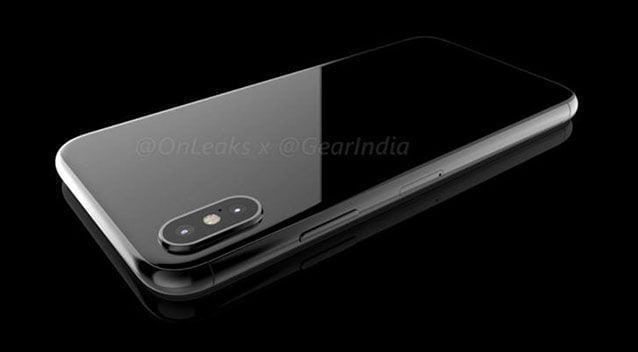 With WWDC 2017 behind us, the focus appears to be changing to iPhone 8 and with that comes scores of rumors and speculation.  A completely new design is anticipated as well as speculation that this particular iPhone will be something extra special. Considering it will be the tenth anniversary iPhone should we expect anything less?

Improved waterproofing and wireless charging are on the list of likely features. Although a report from AppleInsider suggests the iPhone 8 will support inductive charging instead.

An OLED display and an all glass enclosure as well as thin bezels are on the list.  Embedded Touch ID under the screen which is believed to be one of the reasons some speculate the iPhone 8 won’t ship until October.  This is also what KGI analyst Ming-Chi Kuo has stated but for reasons having to do with a shortage of major cutting edge components. These include the OLED panels, Apple’s A11 chip which is being produced by Taiwan Semiconductor, a new 3D Touch Panel, and 3D sensing cameras. Even with delays related to key components, KGI believes the new iPhones will sell between 80-90 million units before the end of the year.

A leaker, Benjamin Geskin has been posting what he believes the next iPhone will look like on his Twitter page.  Using a 3D printed dummy, a screen protector and printed iOS wallpaper, it looks pretty convincing.

A 3D laser scanner added to the front of the phone would facilitate face recognition. A research note from JP Morgan suggested this as well. Apple’s acquisition of the company RealFace who’s code may play a role in the iPhone 8’s facial recognition.

Another rumor is that there will be no headphone adapter included with the iPhone 8. Instead, a pair of Apple Air Pods would be provided at no extra charge. That would be awesome!

There is no shortage of rumors and speculation when it comes to the iPhone. We even heard speculation that the iPhone 8 may have a name change. About the only thing we can count on is that the next iPhone will be even better than the one before it.  Apple has been pretty consistent in that regard.