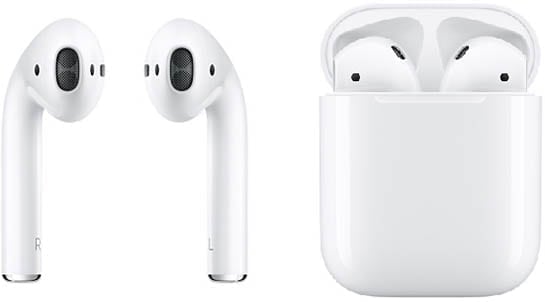 AirPods are Apple’s new wireless, cord-free in-ear headphones. This controversial accessory was announced along with new iPhone 7 back in September. The reason the wireless headphones became a topic of heated debate was the removal of headphone jack from the iPhone 7. Many believe that this made the accessory a necessity and not a choice. As details stacked up, people started to resent the accessory even more. Firstly, because of the limited battery life of 5 hrs. Secondly, due to the price tag. The starting price of the new headphones is $159. The consumers were enraged at this monstrosity.

Apple had promised to launch the AirPods in October. However, later last month they had to delay the said launch.

“need[s] a little more time before Air-Pods are ready for our customers. …We don’t believe in shipping a product before it’s ready.”

Earlier there was another rumor the AirPods won’t release until early January of 2017. This report was traced back to a Chinese supply chain. However, the latest report suggests that AirPods will be launching next week. An employee at Apple reseller Conrad has reportedly told a customer it will receive AirPods stock on November 17, and make them available for purchase by November 18-19.

According To The German Blog Apfelpage.de:

“Hello, I have just talked with an employee of the Conrad Online Store, since I am there on 14.10 the AirPods ordered and I wanted to cancel today. According to information from the employee, they have stockpiles from 17.11, I will then have them between November 18-19.”

From what it seems, Apple is also preparing for the launch. As contacts at Apple retail noted that AirPods demonstration units had already been shipped to some stores. Out of 10 stores polled by AppleInsider, six of them had demo units.

“We’re ready to go anytime,” one retail source said. “We’ve got a few pairs for customer demonstration that we’re just waiting on the word to start with.”

Now the only thing we can do to wait and see if this is true or not.