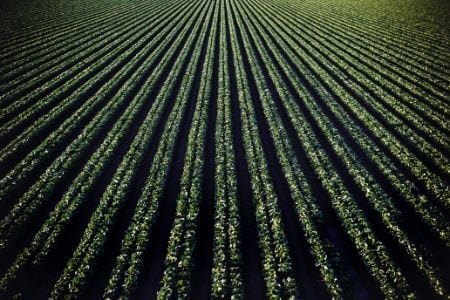 Photo by Tim Mossholder on Unsplash

The agricultural sector is increasingly expanding the application of automation systems with many investors, companies, and governments showing interest in being involved in agribusiness. This is not only driven by the increases in revenue in the agricultural sector but also by the need to increase agricultural produce in order to meet the food demand of the ever-growing population.

Application of robots in agriculture

The use of robots in the agricultural sector is broadening the production capabilities that farmers can achieve in their farms. Industrial robots for sale for use in the agricultural sector are mainly used in the automation of repetitive tasks enabling farmers to direct their focus on other important tasks such as improving the productivity of their farms. Some of the common robotic applications in agriculture include;

Technological advancement has led to the widespread use of robots in the production of farm produce. They are used in sorting seedlings and planting, weeding and autonomous tractors used in the moving of farm produce. They are also used in picking and harvesting of produce as they reduce wastage of produce and they are able to complete the tasks at high speeds compared to human workers.

The picking and harvesting robots should, however, be installed with vision sensors to enable them to identify which produce is ripe and ready for picking and determine its exact location. The robotic arms should also be flexible enough such that it can maneuver around different obstacles to pick the ready produce without damaging the rest of the produce.

Robots can also be used to monitor irrigation patterns and map out soil fertility of the farm allowing the farmer to plan his farming in a way that lead to maximum yields. Non-plant agriculture has also benefited from the advancement of technology by automation of processes such as egg collection, milking of dairy cows and autonomous cleaning by use of robots.

The latest trend in the use of robots in the agricultural industry is the full automation of the packaging process. Robots are used to pack food produce in specific boxes while another robot stacks boxes containing similar produce together ready for shipping.

The final stage in the supply chain of agricultural products is the delivery of the farm produce. This serves to meet the growing market trend of automating delivery services.

Future of robotic application in agriculture

Incorporation of artificial intelligence in robots will also create diverse opportunities for its application in the agricultural sector as scientists anticipate its usage in various domains in the industry. However, there is a dire need for agricultural players to not underrate the role of human workers in the agricultural process as some tasks such as quality management cannot be left entirely in the hands of automated systems. Robotic manufacturers should create robots that enable the farmers to work alongside the robots for better results.