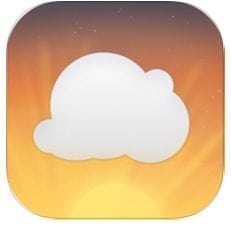 Rise & Shine alarm clock is a lovely little app that enforces what we really think should be a habit for everyone: waking up smiling in the morning to start the day on a good note. It is a free alarm clock app, too! Check it out after the title image.

After messing around with several alarm clock apps for my iPhone (and old Galaxy S II on Android), I always come back to the default, stock Clock app for setting alarms to wake up in the morning. The reason is fairly simple: the built-in Clock app is the reliable of the bunch, and it works well from the lock-screen. Plus, alarms do not really need to be gimmicky, do they? Just let me select a time, change the alarm tone, add a snooze, and that’s about it.

Occasionally though, an app comes along that is worth trying out. Rise & Shine is such an app. 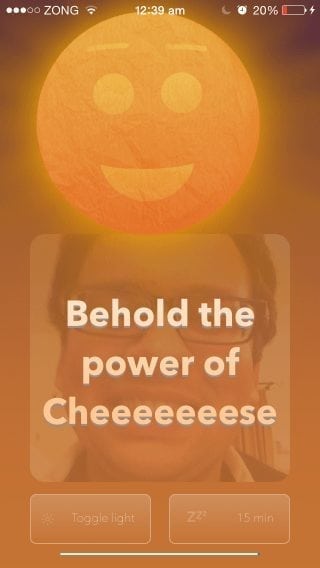 Rise & Shine alarm clock is the most innovative alarm app I have come across in recent times. It forces you to smile first thing in the morning, which – at least theoretically – sounds like the best possible way to start the day.

Here’s how it works: you set an alarm for whatever time you think is suitable, the app shows you recommended times to sleep at so you wake up fresh-er in the morning (based on the science of sleep cycles), and that’s it. When you are woken up the next morning, you will have to smile into the camera to turn off the alarm. The app can also take your photo, so you can see how utterly hilarious your bedhead looks. Furthermore, you can edit the photos using the built-in Aviary photo editor. 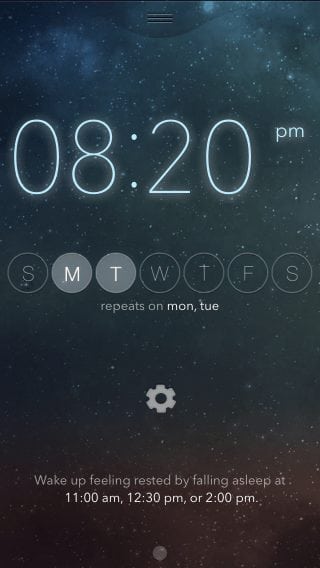 Rise & Shine alarm clock does all this for free. There is an option to make an in-app purchase, but we are honestly not sure what that is for. It is not mentioned on the iTunes App Store page, or in the app itself. That’s bad design, really, but the app itself has a wonderful user interface! We were genuinely impressed by the details that the app designer put in.

Rise & Shine can be downloaded from the App Store.