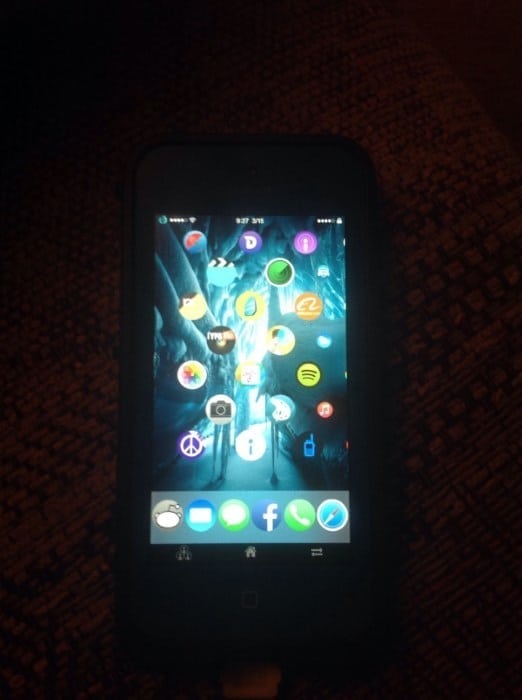 RIKER is the name of a brand new tweak for iOS that introduces a row of virtual buttons for Back, Home, App Switcher. You might be familiar with this kind of of a control bar from high-end Android phones like the Nexus 5. There is usually on these phones a black bar at the bottom of the screen with three buttons. The buttons are not built into the handset but are rather ‘Software’ buttons. You can use these button to navigate to home, go back or open up the multitasking mode. The left button is the back button, the center one is home and the right one is the multitask view.

Getting RIKER on your device is a simple affair. You just need to add this beta repo to Cydia on your phone: http://rpetri.ch/reposetup/

Obviously you need a jailbroken iOS device to make use of this and if you don’t have it learn how to jailbreak here. Currently this is a beta version and is strictly for testing purposes as it says so on the page. So you might experience bugs as this is not intended as a product for now at least. Not surprisingly a few users have reported bugs in RIKER but mostly it works fine. You can get to test it out and hopefully it will work.

This is another really cool tweak from Ryan Petrich who you might know from other awesome tweaks such as CacheCleaner, ShareLock and Activator. We have previously covered CacheCleaner so you can read more about it here. He is probably the best known and most prolific developer on the jailbreak scene. Activator is a really powerful tweak that lets you assign custom actions to buttons and gestures. You can use Activator to bind the virtual on-screen buttons with specific activator actions.

What Does Riker Do Exactly?

From the outset, Riker appears to be just another tweak that adds Android-style virtual buttons to the bottom of the iOS UI. However, it is actually a lot more than that because of one small, but very important feature: you can bind Activator actions to the three buttons. So, if you already use Activator to execute certain actions when press a certain set of buttons, or performing a certain gesture, you can now do that with a simple tap from anywhere on iOS.

That’s it! It’s a row of virtual buttons that execute Activator actions. Install Activator from Ryan Petrich’s repo, launch it, and you’ll see a Riker menu from where you can specify an action for each of the three buttons.

In my view this is a great tweak which has a lot of potential so getting it is a good idea.