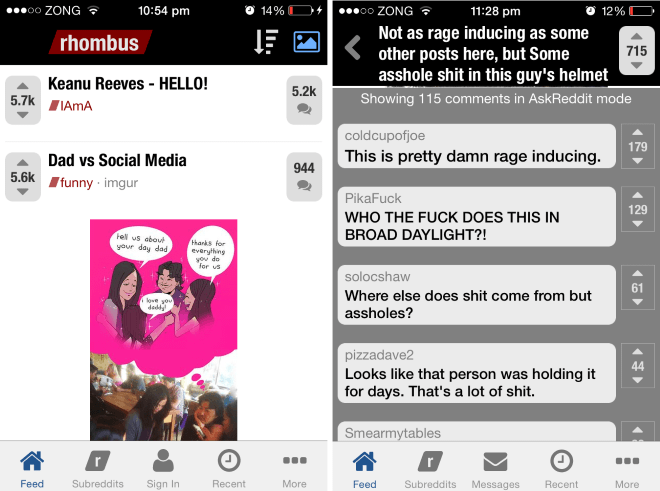 Rhombus app for Reddit is a new contender for the best free Reddit client for iPhone. Alien Blue has been there since the last few years. It has a strong word of mouth, and has spent years in the development phase – getting arguably better and better with each iteration. The barrier to entry for a strong alternative Reddit client, then, is rather high. You have to be better at a few things than Alien Blue, and considering the quality of it, that’s rather difficult. So, does Rhombus do anything better? We have a look.

The first thing I noticed immediately was how Rhombus handed image posts on Reddit. Unlike Alien Blue which requires you to tap on the link to view the image in a separate view, Rhombus displays them in line within the ‘Feed’. I wish Alien Blue had this feature. I am not a fan of waiting for all images on a news feed to open up the slow way they do on Alien Blue. 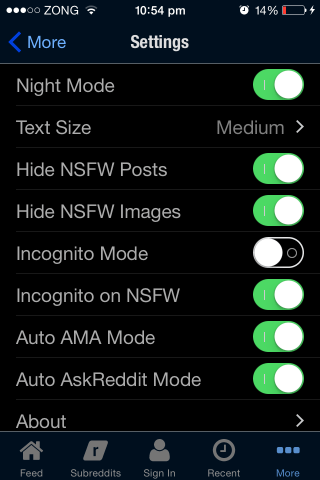 Another thing I like about it is the way it handles subreddits. Instead of lazily dumping them, Rhombus dedicates a separate tab for subreddits – like they deserve – and categorize them under Trending, Defaults, and Subscribed. You can additionally bookmark certain subreddits so you can still quickly access them even though you don’t want to subscribe to them for one reason or another.

Other than that, what makes Rhombus really nice is just how fine it looks. A lot of careful thinking went into the colors, the fonts, the spacing between elements, etc. It’s simply nice to look at. 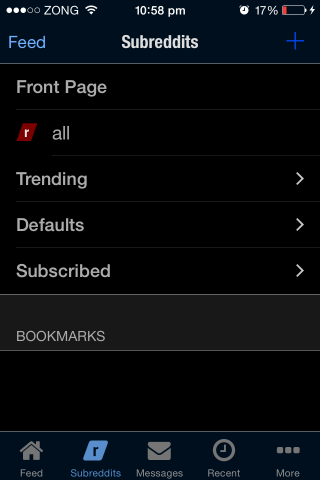 However, there are plenty of small mild annoyances and missing features I noticed immediately. Firstly, there’s not a lot of use of gestures; I miss being able to collapse parent-level comments with a swipe, for example. Secondly, it feels incomplete in some places. When you tap to view a link, the elements in the top bar aren’t aligned properly. It appears that most of the work was done in the main ‘Feed’ tab – which looks great – but others look unfinished.

I will personally keep this installed. Will check back after a few weeks to see if the app is doing any better. In its current state, it doesn’t do enough well, or differently to beat Alien Blue.

I wrote these hands-on impressions in a bit of a hurry, so I apologize for any incoherence. Mondays are tiring, you know.