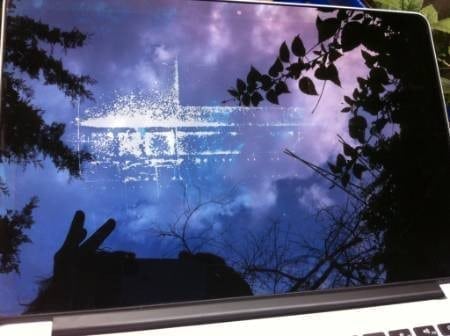 It has come to our attention that early models of the MacBook Pro with Retina Display are facing issues with permanent display stains showing on different parts of the screen. Learn more about Retina MacBook Pro display stains after the title image. 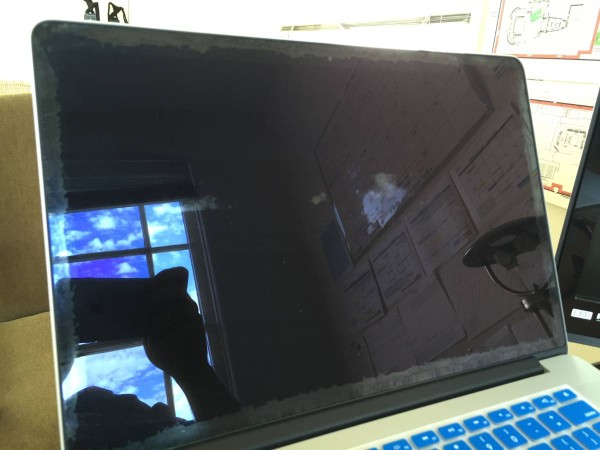 It is one of the biggest reasons why I always recommend people to avoid first-generation Apple products (to be more precise: the first batch of a new product). Since these products often include completely newly designed hardware, said hardware often runs into problems that can be traced back to bad design or an immature manufacturing process.

The case of the Retina MacBook Pro is no different. Apple introduced a 15″ MacBook Pro with Retina Display in 2012. People who hastily bought it then are now seeing permanent stains on their displays, which are really just signs of the anti-reflective display coating wearing off with time – which should not be happening, by the way.

From the users reporting on Apple Support Community, most are seeing the coating wear off from the edges, but some are also seeing it wear off in areas of the display that comes in contact with the keyboard, or the touch pad.

Retina MacBook Pro display stains are indeed an issue that’s being faced by several thousand MacBook Pro owners. This is based on the fact that there are over 400 replies, at least 50,000 views, and a growing number of supporters on groups on Facebook, and other forums. 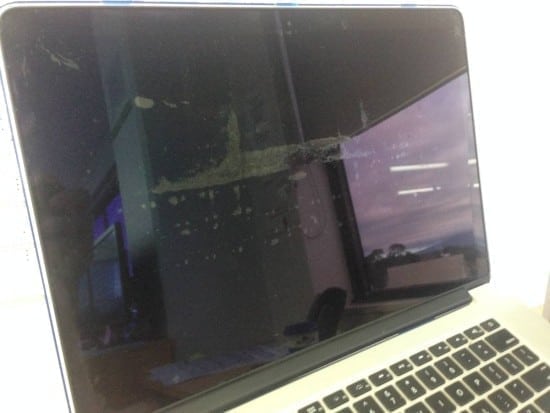 Apple has one of the best customer support programs in the world, so we expect the company will respond to their customer’s problems, especially since quite a few people who bought the first version of the 15″ MacBook Pro with Retina Display were early adopters – an influential demographic that Apple no doubt deeply cares about.

Until then: those of you not facing this issue of Retina MacBook Pro display stains yet ought to get a screen protector. The rest should note this, and avoid getting first release of any redesigned, or significantly overhauled Apple product until hardware problems are fixed. Said hardware problems usually take two years to iron out. In other words, now is the right time to get that 13″ or 15″ MacBook Pro with Retina Display!