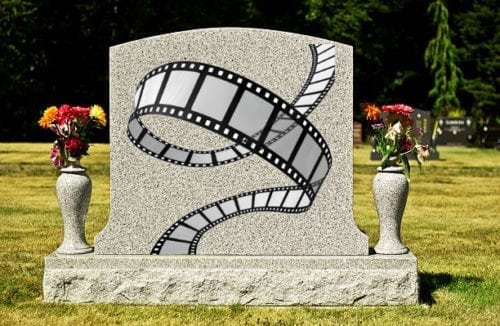 The death of actors is always a cause of mourning among the fans. The fact that there will be no new movies starring our favorite actors makes us sad. This sadness is amplified when they are a part of a fandom and you are so used to seeing them in a recurring role. A role that has become their identity. For all the Harry Potter fans, or Potterheads as they call themselves know the pain of losing Richard Harris after the first two movies. Michael Gambon did wonderfully, but he was never truly able to portray the character of professor Dumbledore that Harris had done earlier.

That was in the past. The technology has come way too far now and does not disappoint the fans these days. But this has given rise to debates in itself where people are divided into two views. One of them is in favor of resurrecting characters from the dead in order to revive their role in a famous movie series or a movie itself. The other group feels that it is unethical and should very much be avoided. The truth is it depends on the companies who own the rights of all previous footage shot by the actors. But in the cases where they have used CGI to resurrect actors for a role, their family has been involved and it has been done with their support.

That being said, let’s see how they actually accomplish this amazing feat. No matter what opinion you have about using CGI for roles, you have to admit that it is a technological marvel and deserves praise. CGI or Computer Generated Imagery uses computer graphics to form 3D images. These images can be stationary as well as dynamic. It involves wearing motion captures suits that record all the movements as well as facial expressions of the actors. These can be tweaked on the computer afterwards as per requirement. Body doubles are used and then their faces are swapped with that of the actor they are trying to portray.

This is not a very recent development and has been done previously. One very famous example is the portrayal of Brian O’ Conner in the Fast & Furious 7, the seventh installment of the franchise. The character was played by the actor Paul Walker. Walker died in a car crash in 2013 before the filming of the movie was complete. His brothers Caleb and Cody were used as body doubles. Footage from the previous installments was combined to recreate his presence one last time on the screen.

Another even more famous example is the resurrection of Grand Moff Tarkin. This character made an appearance in the first Star Wars Movie in 1977. The actor, Peter Cushing died in 1994. He was resurrected in Rogue One by the franchise, released in 2016. Another actress from the same franchise, Carrie Fisher died recently. Even though she wrapped up filming the upcoming movie to be released in December, there are talks that we might see her back for the ninth episode.