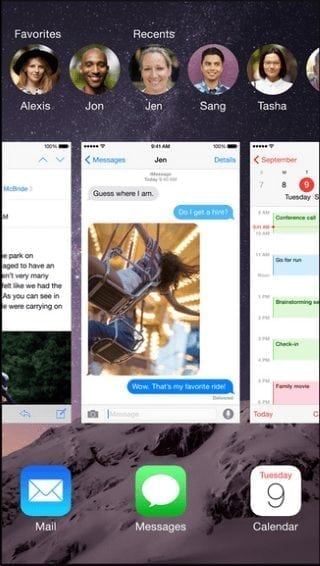 The iOS 8 App Switcher is largely the same, except for the addition of Recent Contacts and Favorites above the app cards. We show how to remove them.

iOS 8 Is Around The Corner

Apple will be publicly releasing iOS 8 sometime on September 17th for the iPhone 4S and later, iPad 2 and later, and the fifth-generation iPod touch. It is a huge release from a features perspective, as after overhauling the design in iOS 7, Apple is now focusing on reducing the feature-gap between iOS and Android. Among many other small features, we’ll be seeing:

You can learn more about iOS 8 from the official Apple website. We will be covering iOS 8 tutorials during the next few days and weeks, so stay tuned to Cupertino Times! 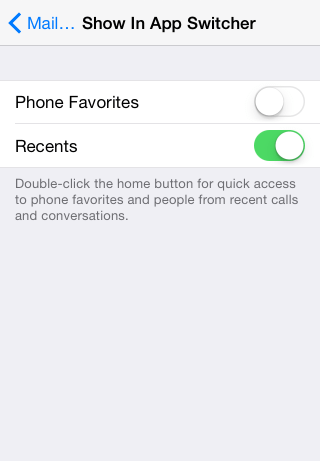 One small new feature added in iOS 8 app switcher is Favorites and Recent Contacts. I do not SMS or call my Favorites or Recents nearly as enough to clutter my app switcher – I prefer calling via Facebook Messenger or texting on WhatsApp – so I’ll likely disable this feature when I upgrade to iOS 8. Here’s how you can do it too:

Nice and simple. I’ll let Favorites and Recents stay in the iOS 8 App Switcher for a while; if I find them annoying or find a better solution in the form of a jailbreak tweak, I’ll do the needful.

What will you be doing?