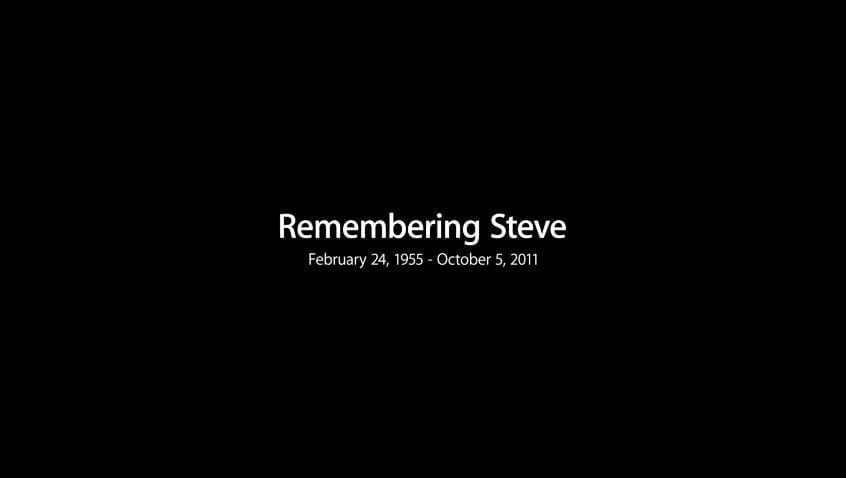 When we list all the technological innovators of our times a few names come to mind. But the most influential and widely regarded is none other than Steve Jobs. 05/10/2016 marks the fifth anniversary of the death of Jobs. Jobs became a victim of pancreatic cancer back in October of 2011. He died at 56.

Apple CEO Tim Cook has posted a tribute to his late friend and Apple co-founder, Steve Jobs. This has become somewhat of a tradition over the years. Previously, Apple also updated its website to remember Jobs. Creating a two-minute slideshow of his various keynote presentations and most famous audio clips on the one-year anniversary of his death.

“Most important, have the courage to follow your heart and intuition.” Remembering Steve and the many ways he changed our world.

Apple also posted “Remembering Steve” comments from enthusiasts on its website. The company noted that well over one million submissions came in from this endeavour.

Janette, a random user like millions of others had this to say as part of “Remembering Steve”.

“Steve Jobs was a remarkable human being – a spirit of incredible intellect and creativity. He left the world a better, more inspired place in which to live as well as a legacy to live up to. I send warm healing energy to those close to him and a hope to all that we can continue to uphold his legacy of an unwavering commitment to excellence in all that we do.”

Back in 2015 while addressing George Washington University, Tim Cook quoted jobs on “doing good and doing well were not mutually exclusive”.

“I always figured that work was work,” Cook said. “There were things I wanted to change about the world, but I figured that was what I had to do on my own time. Steve didn’t see it that way. He convinced me that if we made great products, we too could change the world.”

The word truly does owe a lot to Steve Jobs.