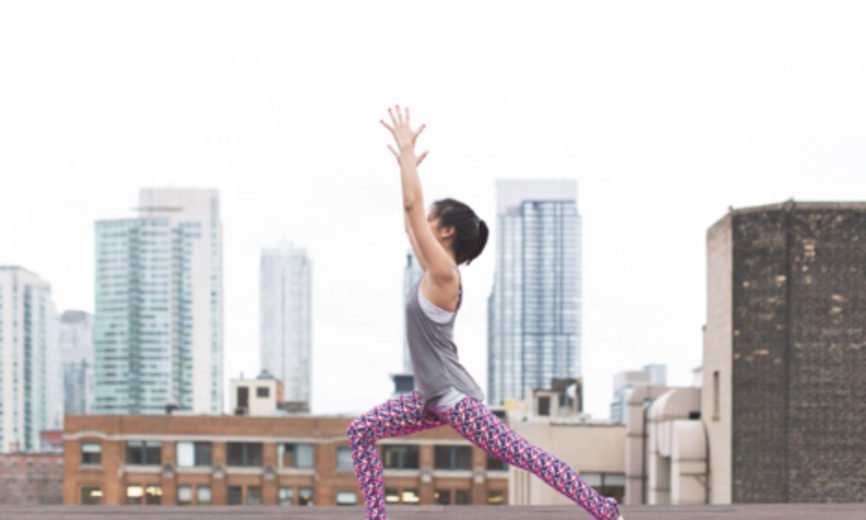 This article by Kim Torres was originally published at SundayScaries.com on August 6, 2019. It is being republished here with the publisher’s permission through syndication.

Yoga has long been known as an effective means of increasing mental and physical well-being. The focus on breathing techniques, postures, and poses in yoga is all about finding a physical, mental, and spiritual “center” to increase one’s mindfulness and focus.

Yoga has seen a recent surge of popularity in the West due to its mental and physical benefits. However, what if I told you there is a way to increase the benefits you can get from yoga?

There is an emerging trend of just that. CBD yoga has become increasingly popular in recent years and combines the therapeutic effects of yoga with the therapeutic effects of CBD. Although there is still a lack of clinical scientific evidence on the matter, several anecdotal stories from users recount how CBD dosing has made their yoga experience more effective and beneficial. In this article, we will talk about how CBD and yoga work together to relax the mind and body.

First Off, What is CBD?

CBD (also known as cannabidiol) is a cannabinoid compound that is found in the cannabis plant. CBD, along with THC (tetrahydrocannabinol) are the two main active ingredients in marijuana and industrial hemp. Unlike THC, the chemical that makes you feel “high from smoking marijuana, CBD is not known to produce any psychoactive effects. CBD merely stimulates the activity of cannabinoid receptors in the body and brain, instead of fully bonding to them like THC, so it is associated with a different profile of physiological effects. In fact, there is a growing body of evidence that suggests CBD plays an integral role in regulating many important processes in the body, including hormone production, fertility, pain signaling, and sleep.

Is CBD legal? Unlike THC, the manufacture and the use of CBD compounds are generally not regulated and CBD is more or less legal in all 50 states, under certain restrictions. This means that you can legally buy and use CBD without fear of legal repercussions. CBD can be administered by a number of methods; smoking/vaping, ingestion of tinctures and edibles, as well as topical lotions and salves. Lastly, CBD has not been shown to create any physiological dependencies, so it is safe to use.

How Are Yoga and CBD Similar?

Although yoga is a practice and CBD is a drug, the two are more similar than one may think. Specifically, yoga and CBD are similar insofar as the effects they produce on the body. Both yoga and CBD have been independently shown as an effective means of reducing symptoms of anxiety/depression and for managing nociceptive and neuropathic pain from injury or neurological conditions. Moreover, CBD consumption has been shown to increase brain activity in areas associated with emotions, goal-setting, self-control, and motivation, while the practice of yoga has been shown to have similar effects on cognition and emotional awareness.

So it should come as no surprise that many people claim the combination of yoga and CBD have a reciprocal effect and can increase the benefits of both.

How Do CBD and Yoga Work Together?

In short, CBD helps the practice of yoga by making it easier to get into the mindset necessary for effective yoga practice. On the flip side, yoga can help get acclimated to CBD by teaching one to be more in touch with their body and mind.

Let’s give a simple example of this positive feedback loop. It is well known that CBD is an effective anti-inflammatory agent. CBD interacts with the T-cells in the body’s immune system to reduce the production of lymphocytes, the things that cause swelling and redness surrounding the site of an injury. Likewise, the physical exercise of yoga is effective at working out kinks in the body and reducing pain. So the cycle works like this: CBD reduces pain, which makes it easier to strike the postures and poses of yoga. Similarly, yoga itself is effective at managing pain, and CBD makes it easier to reap this benefit of yoga.

This positive feedback loop applies to the mental benefits of yoga and CBD. CBD can reduce anxiety, which in turn makes it easier to cultivate the qualitative state of awareness necessary for effective yoga practice. Yoga itself can also reduce symptoms of anxiety, which compounds the anxiolytic effects of CBD.

In other words, yoga and CBD usage can feed into each other as the physical and mental effects symbiotically influence each other. While each method is effective on its own, the combination of the two leads to better gains.

CBD yoga classes normally begin by each participant taking some CBD drops and initiating meditation for a few minutes. The CBD stimulates the mind to put participants in the right mindset for yoga. Next, the instructor guides the class through various yoga poses and postures to explore the motion and sensitivity of the body.

CBD yoga classes tend to be more laid back and less physically intensive yoga regiments such as Bikram yoga. CBD yoga is not necessarily focused on physical fitness, but physical and mental unity. There is a strong focus on relaxation and becoming attuned to the body’s senses, emotions, and thoughts. Classes typically end with more CBD dosing or using CBD salves and lotions to treat strained muscles.

Any Downsides to CBD Yoga?

Despite its professed benefits, CBD is not for everyone. First of all, there is not enough evidence to show that CBD is safe for pregnant or breastfeeding women. Second, taking CBD can cause a drug test to come back positive, so people who are drug tested for work should probably abstain. Additionally, CBD does have a mild blood-thinning effect, which can affect physical performance, especially in people who have blood pressure issues. As with any new medication, make sure to consult your primary care physician before taking CBD.

Is CBD Yoga Right For You?

The combination of CBD and yoga can be an excellent way to augment the benefits of both. To be clear, CBD is not a cure for anything and is best used to manage symptoms of conditions. However, a consistent regiment of CBD and yoga can go along way towards promoting mental and physical well-being.

More on this topic: Hemp, Marijuana And CBD Oil For Health – Things That Are Legal