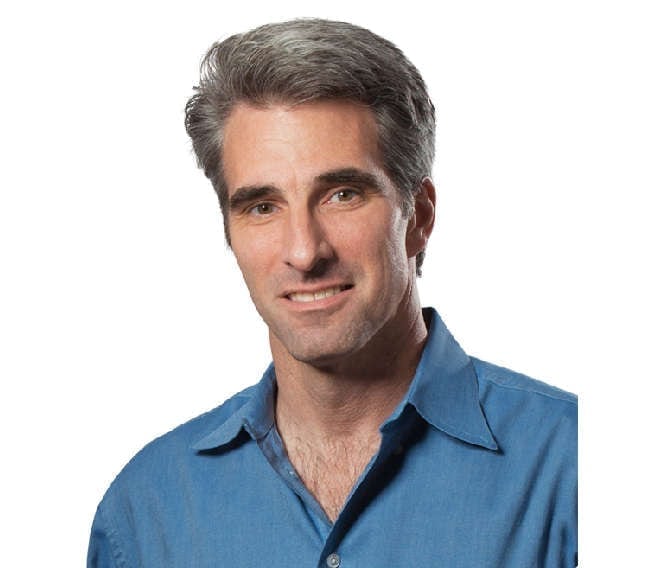 So everyone knows that quitting all their applications via the multitasking application improves the battery life and speeds up the hardware. But this myth might be completely unfounded in reality. This was reaffirmed when an Apple user emailed the Chief Executing Officer of Apple, Tim Cook, regarding this issue about their official view on it. He asked him whether Tim himself quits all his applications and if doing so is necessary.

Unfortunately Mr Cook did not reply to the Apple fan but Apple’s chief of iOS Mr. Craig Federighi replied with a clear and unambiguous ‘No” to both the questions. 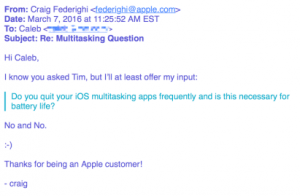 In the emails above Caleb is seen asking Mr. Cook about his view on this issue so that he could put the ‘controversy’ to rest once and for all. Mr. Federighi replies to this question with a “No and No”. Both the message headers were also verified for the legitimacy of this claim and so you can rest assured that this is Apple’s own view on the point. To date this is the strongest position presented by Apple on this superstition and even the official support pages of Apple state that force-quitting of the applications should only be done on a case by case basis which would arise when an application freezes etc.

So why is quitting your applications not supposed to have any impact on your battery life?

Well see the first thing is that as quitting your applications in your iOS device is an extremely laborious process as you need to swipe up for all individual apps in the multitasking view we can safely assume that Apple did not intend it’s users to do this too frequently.

Another issue is that as most applications are in the RAM or are not even running but shown as a history of your device so the impact is almost negligible. The applications that may have an affect on your battery life would perhaps be those which perform background operations. This includes the Apple Maps etc. But even these are only operating when you use them so you need not quit your apps to improve battery life.