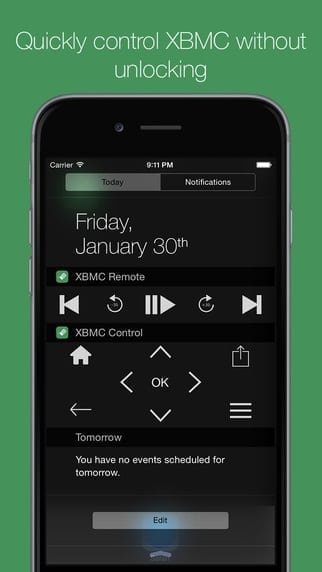 Having everything inside one slim ‘box’, that is the promise of smartphones. We have apps for everything now, for instance, an app for controlling your T.V. Everyone agrees that having an app on your phone to control media is pretty nifty. Quick Remote is another app to do that but improves on the existing options. 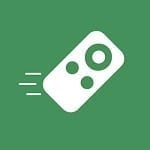 Quick Remote lets you control XBMC / Kodi from anywhere. The great thing about it is that you don’t have to open an app to use the remote control. You can use Quick Remote even from your lock screen! This is an improvement because it does away with a ‘step’. Ease of use and automation are all about reducing steps from a process.

Kodi, which was previously called XBMC, is a great media player that is also free and open source. It is available on Windows, Linux, OS X, Android and iOS. The great thing about Kodi is that it specifically provides support for remote controls as a part of its user interface.

Previously, if you wanted to pause, play or generally control XBMC you would have to unlock your phone, open the required app that would allow you to use your phone as a remote control and then finally use the app to remotely control whatever media you were using it for. If you wanted to pause a specific scene, well too bad you missed it while unlocking your phone. Now you will have to rewind and sit at the ready, app opened, phone in hand.

Like I said before, for using Quick Remote you don’t even need to unlock your phone much less open the app. This is because it makes use of the recently introduced widget functionality. That is to say, it acts as a widget and as such can be manipulated from the Notification Center. Just pull down the notification center and the control buttons appear. With Quick Remote you can pause, play, skip and rewind anything playing on XBMC or Kodi.

It is super quick and really simple to use. Check out Reddit widget Quick Red, and Instagram widget Quickstagram from the same developer!