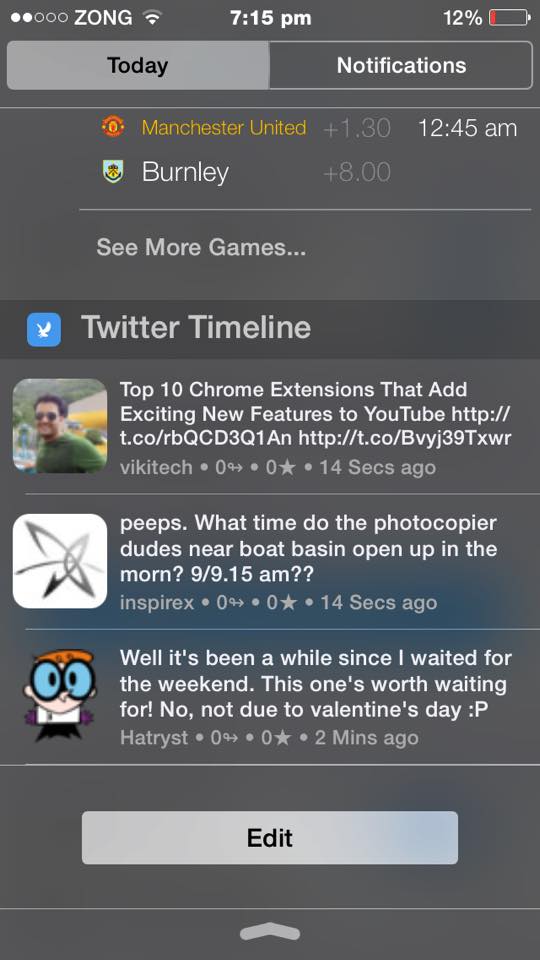 Quick Bird is a great and simple way to keep an eye on your top twitter feeds without unlocking your device or opening an app.

A couple of days ago we covered a similar handy widget for Reddit called Quick Red which gives you your Reddit posts in your Today Center and lets you set your favorite sub-reddits, categories and the number of posts you want to see. The same developer has come up with Quick Bird, a Today Center widget for Twitter.

Although Twitter has a pretty great app, you often don’t want to open the app just to get a peek at the latest highlights. The official app plus a lot of third-party apps already have their own widgets on Android where you can see a few of the top posts. Well now you can do the same for Apple devices as well.

Quick Bird shows you the top tweets from your Twitter home feed. Unlike in Reddit, there isn’t much to filter out and Quick Bird simply takes the top tweets from that are currently appearing on your Twitter home page, and displays them in the Today section of the Notification Center. It works for the iPhone, iPad or the iPod Touch however you need iOS 8.1 or above running on your device in order to use it.

The widget is available for free on the App Store with the option of an in-app purchase, through which you can upgrade to an unlimited version. The free version allows you to set the number of shown tweets from 1-5. You can choose to view a Tweet by clicking on it in the Quick Bird native app, the Twitter app or simply your favorite browser. 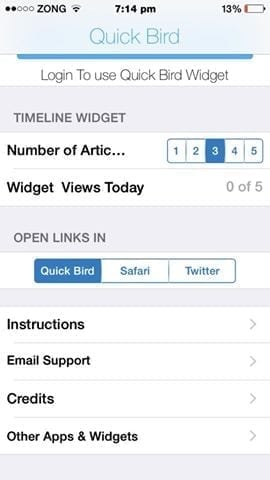 As with Quick Red, the widget shows up in your Notification Center from 1-5 times a day. If you want to see it more often than that in a single day, you can upgrade it too the unlimited version for a measly $0.99.

The widget is especially useful for people who don’t follow a lot many others and can be satisfied by glancing at the top tweets at anyone time, rather than someone who spends his time scrolling through the Home feed before switching to something else. 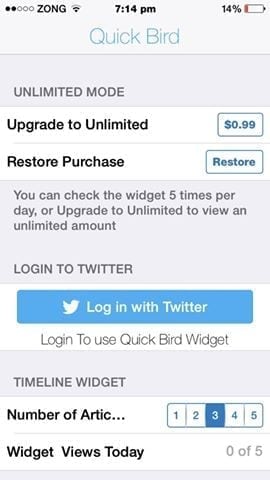 We love to use widgets, the more the merrier we say, since you don’t have to unlock your phone and open an app just to get a peek at things. So if you feel like this is for you, give it a try. All you have to do is download the app, sign in to Twitter, add the widget to your Notification Center and your good to go.