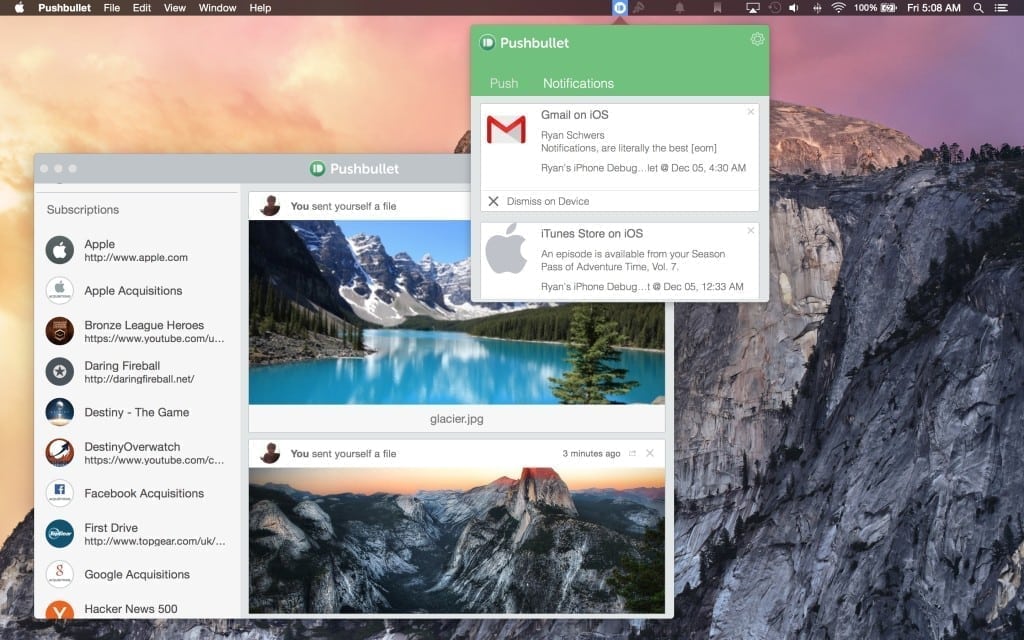 Pushbullet, a popular app / system for syncing files and notifications across your various devices, has just released apps for Mac, iPad and Safari; rapidly expanding their reach on newer platforms. You can now also sync notifications between iOS and OS X! 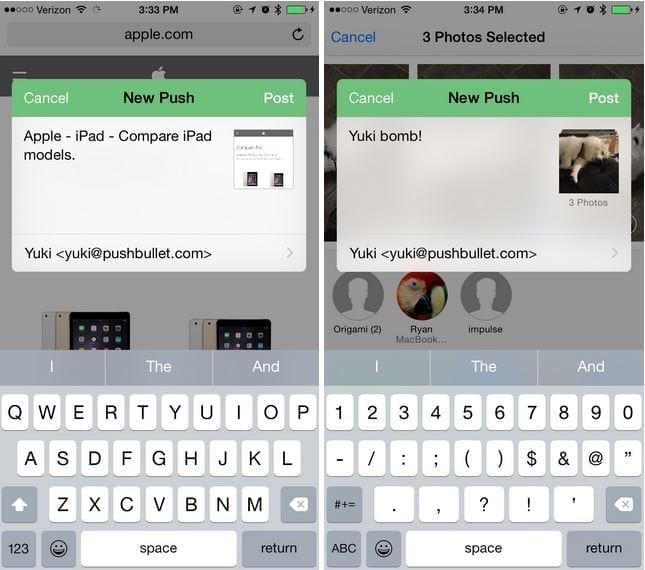 Although Pushbullet has been around on Android, Windows, Chrome and even Firefox for some time now, the app was just released for iPad and Mac and as an extension for Safari, ending a long wait for owners of Apple devices other than just the iPhone. It is arguably the handiest app out there for sharing files, links, and clipboard data across devices quickly and easily without resorting to Bluetooth or Dropbox or any other file sharing services.

With the introduction of share extensions in iOS 8, it is even easier than before to share files from your iPhone or iPad and reduces the process down to just a couple of steps.

All you have to do is open to the Share sheet in any iOS app that supports it, and select Pushbullet from the it. You no longer have to open PushBullet app separately to get things done.

The latest version of Pushbullet has also added support for transferring multiple files, so now you can send many files and photos rather than doing it one by one.

However my personal favorite feature is the Universal Copy and Paste, which has been available for a long time on the existing Pushbullet apps. Universal copy & paste enables you to copy text on on device or computer, then paste it on any other.

The same features mentioned above for iPhone are now available for the iPad as well, so that sharing from your iPad to your phone or other devices is just as easy as any other device with the Pushbullet extension, such as sharing multiple files and the Universal Copy and Paste feature. 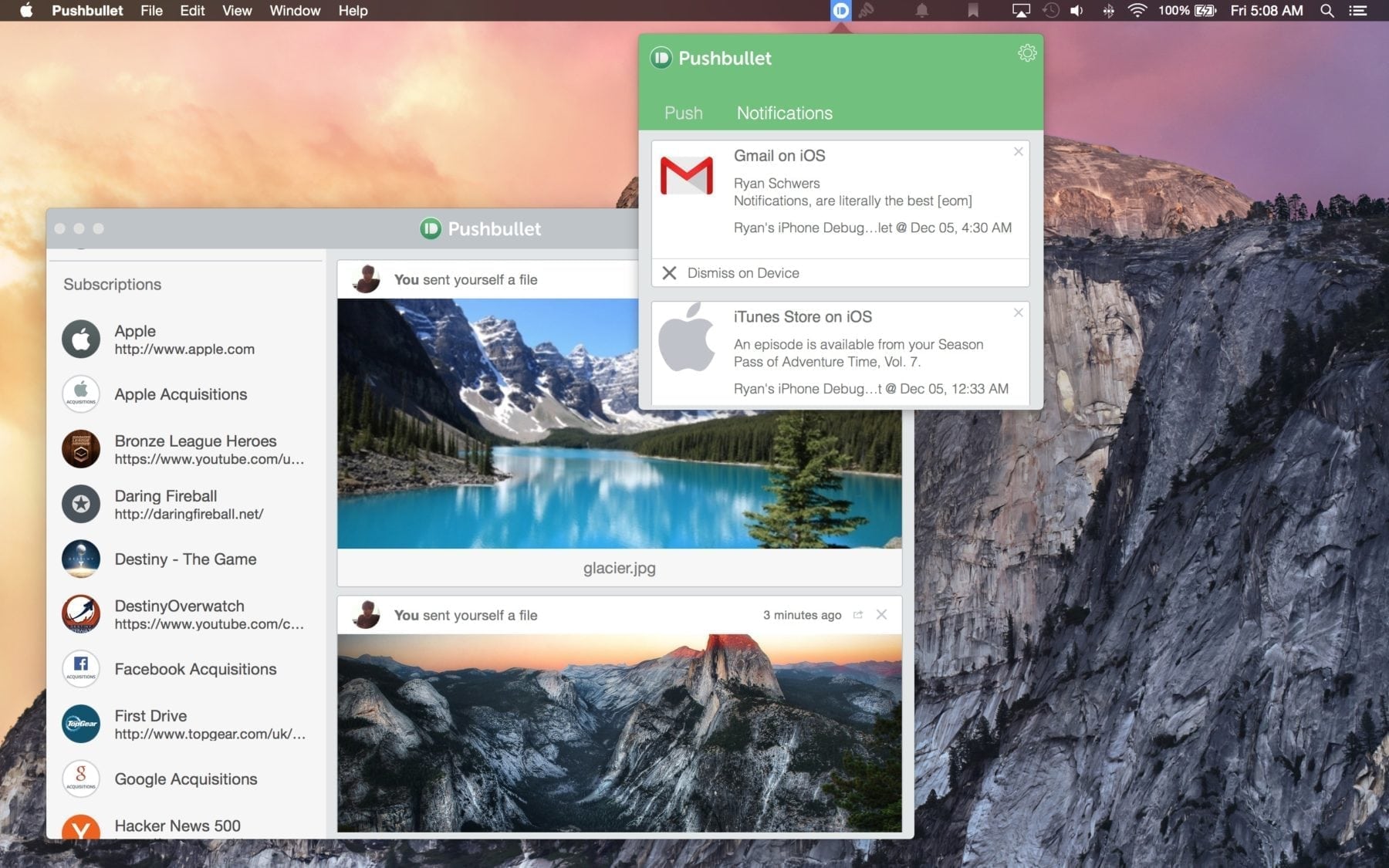 The Mac app is finally out too (quite a long time after the Windows app I should say) and allows you to not only send files but syncs your notifications with your desktop so that you can see and choose to dismiss them on your Mac, rather you can even sort notifications by channel, friend or device. There is also a drag-and-drag feature for quickly pushing files to other devices.

To put the icing on the cake and provide the complete experience for Apple fans, a Safari extension has also made it’s debut with features mirroring those in it’s Chrome and Firefox extensions. Link sharing to your phone or iPad has never been easier.

Apple fans and users are sure to be delighted with this update, which is now a must-have apps for power users out there. If you haven’t tried the experience of having all your devices tightly knit together, try it now with Pushbullet. We’re certain you’ll love it. It is certainly more powerful than Continuity‘s features, though of course that’s the only way to make calls from Mac!

You can get Pushbullet for all its supported devices here.