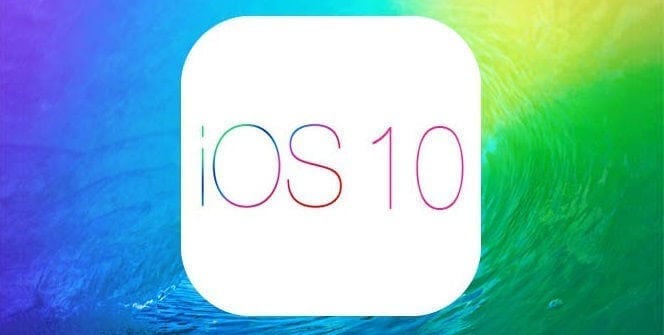 Discussing the pros and cons of updating iPhones to the latest iOS10 operating software. Considerations when using the oldest phones capable of running the new system.

Your options and considerations with Apple’s latest iPhone software

You may have received a notification on your iPhone that ‘new software is available for your device’ in the form of iOS10 – the latest operating system for iPhones and iPads. Alternatively, if you’ve checked manually for new software on your phone you may have seen iOS10 listed as available. Either way, it’s a significant upgrade and one you should consider carefully before tapping on ‘upgrade now’.

iOS10 is Apple’s operating system software for iPhones and the iPad tablet. It’s what you interface with as you tap away using the various functions and apps on your phone, and when new versions are released it can and often does change the way you interact with your iPhone.

Apple tends to upgrade iOS annually and, logically enough, each new iteration has a higher number than its predecessor – so iOS10 succeeds iOS9.

Some iOS launches are bigger than others; some years Apple makes smaller and more detailed changes to the software, other times a significant overhaul is made. For example, when iOS7 was released, the whole interface and graphics were changed giving it a totally new look.

Whether to upgrade your iPhone to the latest iOS isn’t always a straightforward decision. While most new versions of iOS offer enhancements over their predecessors, these come at a price – not a financial one as it’s free to upgrade to the latest iOS – but in terms of possible phone performance.

The main reason to upgrade to a newer operating system is the new features it offers along with, hopefully, a streamlined user experience.

Different features will appeal to different users, but iOS10 offers mostly upgrades of existing functions such as the messaging app, the phone function itself and changes to the interface. For example, alterations have been made to the way you unlock your phone and the way it presents notifications.

Further details of the headline features can be found here, but these are a few examples of the way iOS10 enhances your iPhone use:

Cons of upgrading iOS10 – will it work with your model iPhone?

Apple are keen for as many users as possible to upgrade their iOS, so they make it as ‘backward compatible’ (able to work with previous models of a device) as they can.

The problem here can be that the oldest of the iPhones able to technically ‘work’ with the new iOS may not perform as well as they did with previous versions that are less demanding on device resources such as processor speed and memory usage.

Warning – iMessage It Could Cost You!

One of the fun features of the iOS10 update is that it is easy to send picture messages, such as Gifs, to friends. Many people have started doing this without realizing that it uses their MMS allowance if the recipient does not also have iOS10.

One iPhone user recently had a surprise when EE sent a text to warn them that they have been using MMS more than usual. Fortunately, EE chose to re-credit in this case, but after announcing an official warning, they will probably just charge users who send iMessage MMS – so check your settings and your allowance.

Hi Danny, since 13 Sep you’ve spent more on MMS than usual. If this is a surprise, it might be due to new iMessage features in iOS10 (like sending sketches or heartbeats), which are automatically sent as an MMS if sent to someone, not on iMessage (e.g. not on iPhone). In case you didn’t realise this, we’re re-crediting the cost of MMS sent 13 – 30 Sep on your next bill. For the future, it’s best to buy an add-on. Text BUY to 2107 to get 200 MMS for £6. Visit http://discover.ee.co.uk/mms/vTVfKt for more info on iMessage features and how to turn off.

Apple says that models from the iPhone 5 upwards are compatible with iOS10, so if you own an iPhone 4S or below you won’t be able to run the new operating system.

Even if you own an iPhone 5, 5C or 5S, it’s worth ensuring these models can cope with the demands of iOS10 as they are on the lower end of the compatibility scale. Previously, some iPhones on the cusp like this have experienced performance issues such as sluggish responses and freezing in operation.

Checking how your iPhone version performs with iOS10

If you own an iPhone 5, 5C or 5S then checking how it performs with iOS10 is worthwhile. There are any number of forums, including those on Apple’s own support pages on their website, where you’ll benefit from existing users experiences with the new iOS.

If it sounds like many others with your iPhone model are experiencing performance issues with iOS10 installed you can do one of two things:

1. Wait – over time, there may be workarounds developed or newer incremental versions of iOS10 released (they’ll be identified as – for example – ‘iOS10.1, 10.2, 10.3 and so on) that may make the software more compatible with older phones.

Again, you’d need to check periodically with forums, tech articles and maybe the experiences of people you know with the same iPhone as you.

2. Upgrade – you could upgrade to either the latest iPhone or a recent model capable of comfortably handling iOS10. Buying a brand new phone outright isn’t cheap of course; neither is breaking your present mobile contract to get a subsidised iPhone if it isn’t due to expire yet.

The other option is to buy a refurbished phone such as an iPhone 6S. You’ll definitely save compared to buying a brand new one, or its successor the iPhone 7, and wouldn’t disturb your current tariff arrangements whether you’re still under contract or on a SIM-only arrangement. The 6S comfortably handles iOS10 and should be capable of working with future iOS releases for some time to come.

The 6S provides a significant jump forward compared to your iPhone 5, 5C or 5S such as more advanced Apple tech, a redesigned body and a larger screen. Many tech experts say buying the model recently replaced is often the canniest way of buying and updating your iPhone.