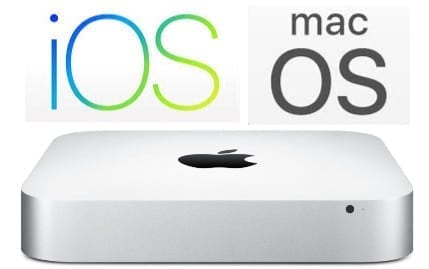 Project Marzipan may be a reason for iOS and Mac users to rejoice–here’s why. Apple has a highly robust app store for iPhones and iPads. This is where the users have the option to choose from a multitude of apps which are regularly updated. Unfortunately the same cannot be said for the Mac App Store. By comparison, it appears to be completely deserted with only a handful of application and those are rarely updated.

It would interest you to know that the app store on the iPhone and iPad was redesigned this year. Whereas its counterpart on the Mac is the same today as it was in 2014. Apple is finally planning to do something about this.  Apple plans to merge the two app stores making the same applications available for both platforms.

The project has been codenamed Marzipan. Nothing has been decided yet and the plan is still fluid. There could be changes in it or it could even be canceled. However, if the information is true, we might see the software developers developing applications that work with a touchscreen, a mouse as well as a trackpad depending on the hardware they are running on. And, this update could be here as soon as next year.

Same Version On All Platforms

Currently, the developers have to develop apps separately for the iOS running devices and the ones running on Mac operating system. This will not only make the job relatively simpler for the developers but will also address the complaints of Mac users. They claim that if apps like Twitter are regularly updated on iOS, they are stuck with the older versions with limited features on their Macs.

According to Steven Troughton-Smith, an app developer and longtime voice in the Apple community, unifying the apps will help the two platforms “evolve and grow as one, and not one at the expense of the other. This would be the biggest change to Apple’s software platform since iOS was introduced.”

The people who hinted that that Project Marzipan is a part of the next major iOS and macOS updates and they wished to remain anonymous due to the sensitivity of the internal matter. If what they say is true, this could be announced at the Worldwide Developers Conference, which takes place in June before they release it for the users in September.

Too Early To Celebrate

This will be cause for rejoicing for Mac users and get something to celebrate about. Let’s just hope that these celebrations don’t go to waste and Apple delivers on its plans. An Apple spokesperson declined to comment on the situation for now but we will know in the next six months. Rest assured—we will be watching any news on Project Marzipan.

appleappsiOSmacMarzipanSoftware
Previous ArticleTwo Cool Gadgets From iBabyLabsNext ArticleXBox Scorpio – Everything We Know So Far From Microsoft!