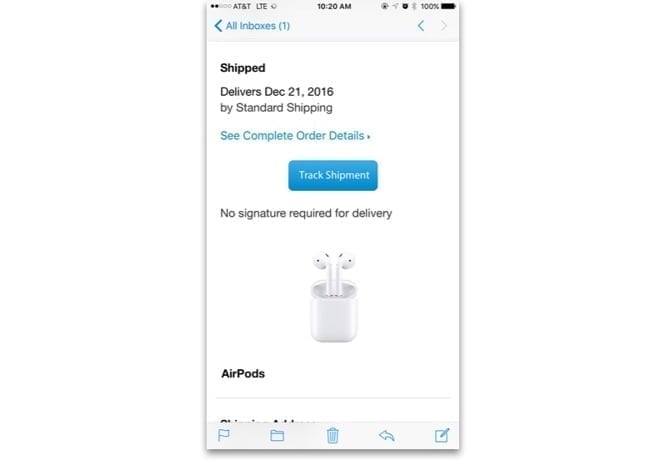 As the old saying goes, the early bird gets the worm. This applies to the users who preordered the AirPods early on since AirPods Ship to customers. As the buyers who had ordered earlier have already gotten their AirPods. Whereas, other customers are now receiving a shipping invoice and expected delivery dates. Expected date of arrival is December 21st. Some customers were given a delivery date between 4 to 6 weeks to expect delivery.

Apple’s new headphones launched in more than 100 countries around the world at the same time. Users in the United States, Australia, Canada and European countries have reported that they have received confirmation of their orders. The reviews are expected to roll out soon enough.

Bluetooth earbuds made by Apple Inc. went up for sale on Dec. 13 after months of delays and excuses. A much-anticipated item. The initial supply was quickly depleted, pushing back shipment estimates to four weeks mere hours after the release. Apple’s web page shows current delivery dates moved into February.

The price tag has been of concern to people. As the Cupertino-based company is charging $159 a pair. Apple is going to be charging $49 to replace the battery. That is if they are not covered under warranty. If the AirPods are covered under warranty, then the customer will not be required to pay even a single dime. Apple does provide free battery replacements for these products. However, it will not provide free servicing for the eventual wear and tear of the AirPods.

Early on reviews have been kind to the AirPods

“Flawless syncing between each earbud, combined with deep software integration and touch controls, makes for an immersive experience not found with competing products.”

We now have to wait and see what the internet community and customer base think of the new AirPods. With the price tag as expensive as it is, they better be worth every penny.