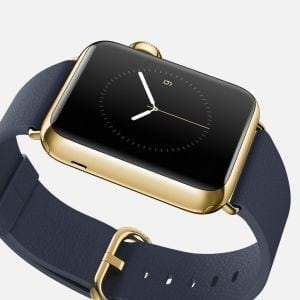 Recently, the hottest topic by far in the tech world is Apple Watch and so it has gotten extensive coverage by news sources everywhere. The New York Times reports that Apple Watch has completed its project lifecycle and graduated into the product lifecycle and as we all know Apple Watch will be available in the market shortly. They have also got interesting information about a certain, purported Power Reserve Mode…

The article in the New York Times talks about the numerous health sensors Apple was working on and hoped to incorporate into the Apple Watch but they had to be dropped. Another interesting thing mentioned in that article is the ‘Power Reserve’ mode. This is a low power mode that users of the Apple Watch may enable to extend battery life by using less power. To save the battery this mode does not allow interaction with apps and possibly the connection to an iPhone will also be suspended as it drains the battery significantly. Other such features that take a toll on the battery may also be disabled in the ‘Power Reserve’ mode.

The official statement by Apple is that one charge of battery will last a complete day, as those of most smartphones do. Because the battery lasts a day users will need to charge the Apple Watch at night like the current routine is with smartphones. Apple has put so much thought into this nightly ritual that the special charger for the Apple Watch features a magnet to attach it into place so you can attach it at night even with the lights off.

Apple has reportedly focused a lot on improving the battery time and considerable work has gone into it to reach the one day mark since September when the Apple Watch made its first debut. But to extend the time even further Apple worked on the ‘Power Reserve’ mode which has not been announced yet by the way. Initially Apple planned Apple Watch to last about 19 hours of average use. This figure includes standby time, in-app functions and 2.5 hours of heavy app use. Did they achieve it, surpass it or missed it we don’t know yet but we will come 9th March.

Meanwhile read how Apple intends to resolve the Apple Watch not having a GPS without affecting the battery, by possibly using GPS headphones. Also find out what the Apple Watch looks like in real life.