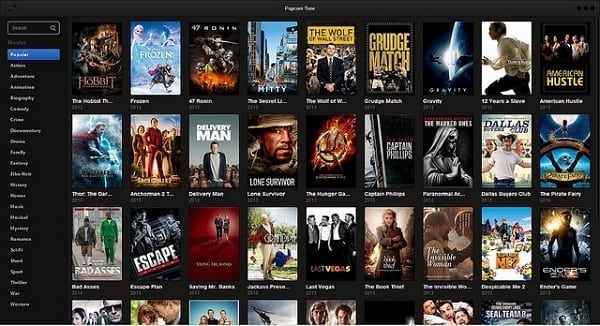 Popcorn Time is going to be available for download for iOS users without requiring them to jailbreak their iPhones and iPads. This is great news for those who could not get their hands on the ‘free version of Netflix’ because they did not own jailbroken iOS devices.

We have covered PopcornTime, MovieBox and PlayBox previously so most of you might be familiar with the working of the app and why it is hard to get. Basically, Popcorn Time and others, stream movies, anime and t.v shows using torrents, these services are therefore free and in the grey area of legality. Obviously, such an app could not have earned the favour of Apple and so it was removed from the App Store. There were still ways to get Popcorn Time or other such apps on your device but they almost always involved having a jailbroken device.

To say that non-jailbroken devices will be able to get Popcorn Time doesn’t really mean that the app will be available on the App Store rather a breakthrough method has been explored. Yesterday, according to a report by TorrentFreak Popcorn Time will make a return to the iPhone and this time non-jailbroken devices would also be able to get the app. This is done using a custom installer developed by the Popcorn Time team. You can use this installer on Windows and Mac computers to get the app. Just attach your iOS device to your computer. Tap on ”Trust This Computer’ when prompted. Turn on the Airplane Mode on your iOS device and wait till the app is installed. 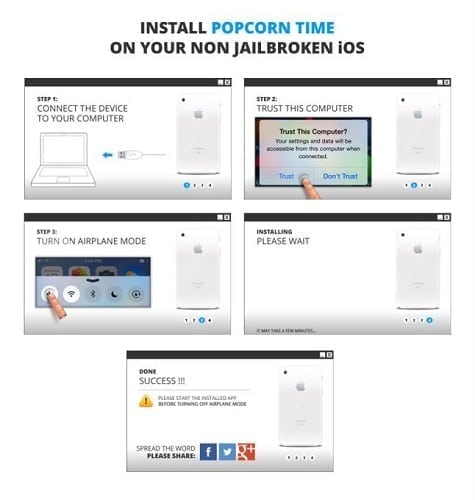 This essentially breaks free of Apple’s ecosystem and should be worrisome for Apple. Users will be able to get Popcorn Time on their devices and get access to tons of free movies and t.v. shows. Possibly this could open up a floodgate and other developers might be looking to deliver their apps to users in this manner. You can get your hands on the installer from here but currently only Windows is supported. Support for Mac will be available within the month. Like always, it should go without saying, use it at your own risk.