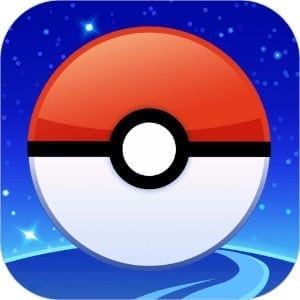 Pokémon Go is a game app developed by Niantic, formerly a part of Google.  The game has gained a significant number of users over a very short period of time. According to one estimate, the game has gained more users than there are for twitter.

All this is very well for Niantic and well deserved since the reality game is one of the major hits in this segment. However, the underlying issue of Pokémon Go security has surfaced. Concerns are rising that by signing in through a Google account, the game gains the permission to violate every privacy wall and gain full access to the users Google account.

This is seen as a major security risk, especially for iPhone and iPad users which are considered to be more vulnerable than Android. The reason for this concern is the inexplicit access permission the game asks for when logging in with a Google account. It never mentions what exactly the app will be accessing. Neither is any full account access mentioned anywhere. The worst case scenario, by accepting to give this permission, you give the app the right to access your search history, photos, Drive data and personal information.

Niantic has tried to clarify this issue and dismiss it by claiming that there has been a mistake and like all other apps, Pokémon Go also only accesses the basic account information such as the User ID and password. This security concern has been addressed with the first update which is out and this problem is taken care off. However, it must not be denied that this problem should never have been there in the first place.

The app update is made available in the Google App Store, and it is mostly aimed at fixing the security issue in addition to minimizing crashes. Once the update is done, Niantic has made sure that the game explicitly tells the user that the Google account scope has now been fixed and it shall only access the basic information instead of potentially keeping track of all your personal information and Google account activity.

In order to secure your account from this potential risk, all you have to do is download the update that has been made available on the App Store. After signing out, you will have to sign in again which will lead you to a modified permission request on the screen. In case you are using Android or the Pokémon Trainer Club, you don’t need any extra steps and let the regular Poké Stops proceed.

Niantic has given all assurance that the update clears things up. Even before the update; the game app had no business with anything but the basic information of your Google account. However, there is still no good reason to trust the app which was vague about its access scope in the first place. You can always deny access to the game app by changing your account settings.