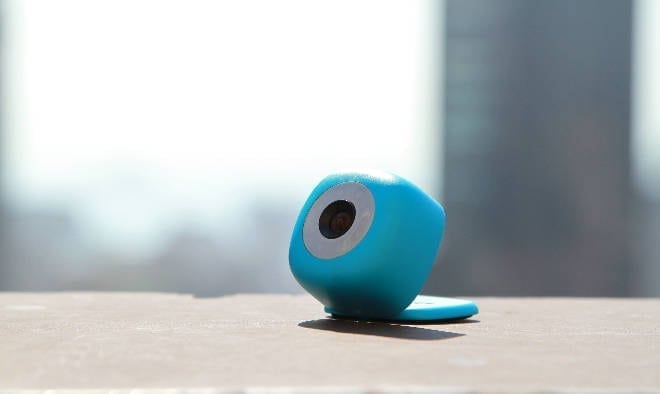 The world of photography is now more accessible to anyone, who has a smartphone (with a camera, of course). It is not limited to just those with expensive, fancy, and bulky DSLRs.  Nor is it just for those with years of experience and training. With more and more devices making it easier to take amazing pictures, the world of photography is larger than ever. Well, now to make it even bigger, comes Podo.

The new Podo is an easy-to-use, small, compact, portable, and very inexpensive camera. It allows you to take pictures pretty much anywhere you want. One of the many cool features of the Podo camera is its ability to stick it to virtually any surface. This makes it easy for everyone to join the photo or taking a photo of yourself. No more having to take full-body pictures in the mirror or having one of your friends missing from your photos while he/she is taking a picture of you. 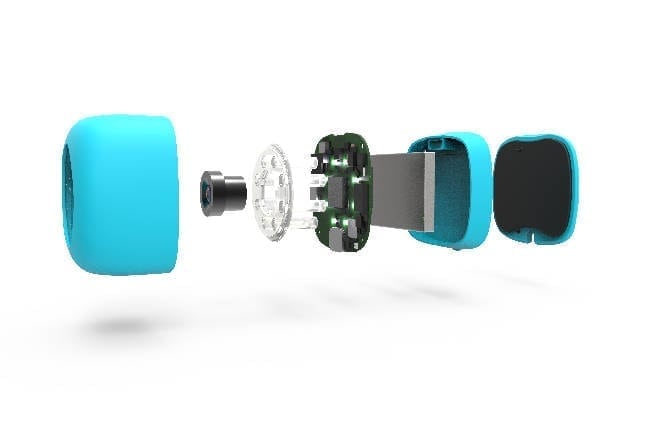 Podo sticks to almost any solid, flat surface using a micro-adhesive pad placed on the back of the camera. This pad will never wear out and can be easily washed with water. The camera is able to be rotated up or down, allowing you to catch the perfect angle for better, more stunning pictures. The portable camera connects to your smartphone via Bluetooth, allowing for hands-free and easily connected access.

A single smartphone can be connected to up to 6 Podo cameras. A feature that could be used for various reasons such as 360-degree filming. Podo can also record 720p 30fps video, take photos, and even take a time-lapse by setting a specific shooting interval in the smartphone app (which includes other settings as well).

The camera sensor has a 5MP resolution with pixels almost as twice as big as those as the iPhone 7. This allows for better pictures with less noise. This resolution allows for photos to printed at a size as big as 14” x 11”. The Podo comes with 8GB of storage. A LED on the front of the camera lets you know how much time is left before the picture is taken. Basically, a countdown timer. A lithium-ion battery allows for up to 1,000 photos to be taken on a single charge. The Podo can run for a whole 2 weeks before it runs our of juice.

The team at Podo Labs has had their Kickstarter campaign up and running for the past couple of weeks. They are approaching the end of their campaign with an amazing amount of $630,000. Considering the fact that they pledge for $50,000 that’s awesome response. The campaign ends on October 12, 2016.

The second-generation Podo camera is selling for $49 on Kickstarter compared to the expected $79 retail price. There are different bundles to choose from and various accessories as well. For example, a carrying case, a waterproof case, a bundle of sticky pads, and a drawstring bag.

We should be expecting a unit in the upcoming winter. Don’t forget to check back with us and watch us do an unboxing and review of the new Podo camera.