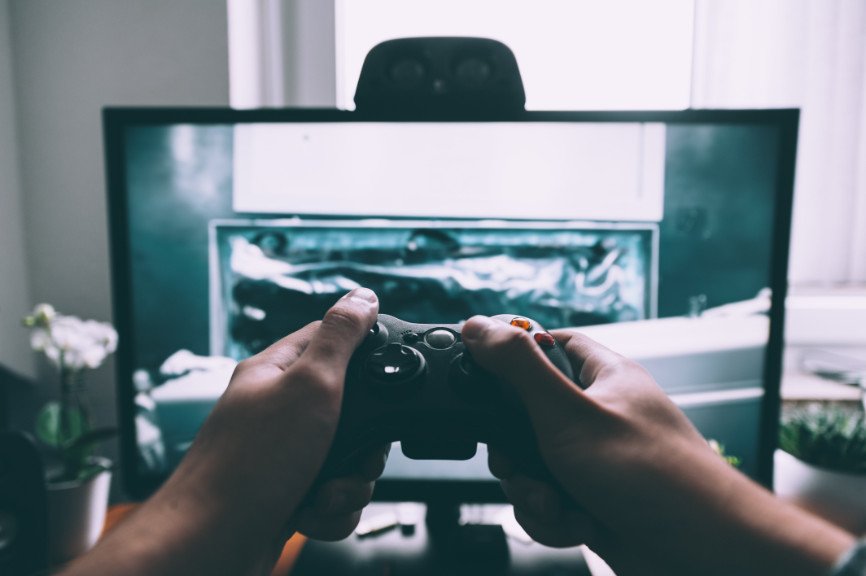 Photo by Glenn Carstens-Peters on Unsplash

Now that most countries all over the world are imposing quarantines, almost everyone is staying inside. Because of the pandemic, our outside activities have been limited a lot. Thankfully, technology is offering us many ways to fight the boredom that comes with staying indoors.

With technology, there are lots of things you can do. Some like to watch movies, series, talk on their mobile phones, social media, and more. However, one of the best ways to escape boredom during quarantine is playing video games. Most people use the internet to connect with other players and play multiplayer games.

Try out some single-player games

These games can be done by players playing against each other or putting them together to achieve something much bigger. However, games such as Dota 2, Fortnite, CSGO, and many other online multiplayer games tend to be unwelcoming communities for newbies. If you’re not careful, you can get more stress from playing.

Speeding Up your Games

If you’re playing on a gaming rig with specs like a Threadripper or an i9-9900k, 32GB of RAM, and a GTX 2080 ti, you won’t have a problem running the games mentioned below, even at the highest possible settings.

However, if you’re running Ori and the Will of the Wisps or Red Dead Redemption 2 on a potato or a mid-range PC, you’ll have some problems. Good luck running Cyberpunk 2077 if you can. Although it is possible to run four of the five games mentioned on lower settings, you could try some of the tips mentioned below:

Installing the Game on a Solid State Drive

If you add more capabilities, says a high-performance gaming SSD like the WD Black SN750 NVMe, it would significantly decrease your games’ loading times, given it’s installed on it.

Consider getting at least 8GB RAM if you want to play most of the games on this list. To be on the safer side and for future-proofing purposes, upgrade your RAM to 16GB.

Even if you have the right amount of RAM and a good gaming PC, numerous background apps that don’t do anything will eat up RAM. The more useless apps are running, the slower your PC becomes. Try closing some while you’re playing a game.

Technically speaking, Cyberpunk 2077 isn’t out yet on any platform. However, when it’s a game coming from CD Projekt Red, the same creators of the Witcher 3, everyone listens. Even at the game’s announcement, the company has been open about Cyberpunk 2077’s nauseating requirements.

First off, the minimum requirements to run the game at standard quality are already considered above mid-range. Running it at full potential would require more expensive processors and graphic cards.

In the past, gamers were familiar with the saying, “but can it run Crysis?” This refers to the fact that Crysis demanded newer, better hardware in an era where only a few get access to such parts. Fast forward to the present time; you can expect gamers to now say, “but can it run Cyberpunk 2077?

In the previous installations of BioShock, you were taken into the great depths of the Ocean and Rapture, an underwater city filled with horrible secrets disguised as the next utopia. In BioShock Infinite, however, you’re taken into a new world, high above the skies.

Aside from the game being a first-person shooter, BioShock Infinite also has role-playing game elements in it. BioShock Infinite is one of the best games to play on pc. You’ll have a grand time exploring and finding out about the game’s story.

Ori and the Will of the Wisps

If fantasy first-person shooters aren’t your type, you can try playing Ori and the Will of the Wisps. This game is a platform game wherein you control Ori, a guardian spirit from the forests of Niwen. If you have a high-end pc, then you’ll get to see how the developers put effort into this visually stunning game.

The gameplay is simple. However, platformer games have been known to ramp up its value through aesthetics and story. Ori and the Will of the Wisps is no exception, as it has awesome graphics, simple gameplay, and an amazing story.

Speaking of visually stunning games, Red Dead Redemption 2 is another worthy mention. Aside from its graphics, you’ll be pleased to know that it takes around 40-60 hours to complete almost everything in the game. Red Dead Redemption 2 is an open-world, third-person game that lets you control Arthur Morgan, a trusted member of the Van der Linde gang.

Whether you want to finish the game fast or just want to appreciate this gem of a game, there’s no doubt that Red Dead Redemption 2 is one of the best games to be released. Praised for its gameplay, graphics, and story, be prepared to play this emotional roller-coaster as you’ll want to play it more and more even after you’ve finished the game.

One way to avoid going outside during these trying times is playing video games.  The games mentioned above are some of the best games you can play. With the right specs, you can enjoy high-quality graphics from games such as  Red Dead Redemption 2, Ori and the Will of the Wisps, and the notorious Cyberpunk 2077.

Single PlayerVideo Games
Previous ArticleHulu: The Best Streaming Platform for Your Favorite Movies and ShowsNext ArticleLet’s Talk About RAM Size And Games: How Much Do You Really Need?