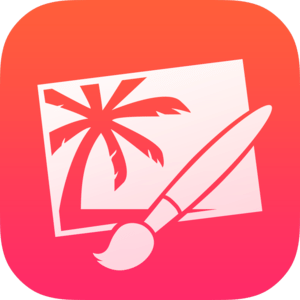 The much-awaited version 2.1 of Pixelmator was released today for the iPad and iPhone. Pixelmator is a user-friendly, powerful and easy-to-use photo editor which provides the user with a myriad of fun features. The latest update also brings full support for iPad iOS 9 multitasking, the ability to import and edit 8K resolution images, and so much more.

One of the primary changes brought in this amazing application, as stated above is the addition of the iPad multitasking support. Pixelmator can now be set aside to the side of the devices screen with the use of ‘Slide Over’, which is a split screen that can be created for the Pixelmator.

This new feature can prove to be quite useful. For instance, you can now create or edit something on Pixelmator while at the same time browse the internet on tutorials to help with the editing. However, this is only available on the more recent iPads as the split screen requires iOS 9, therefore it will be supported exclusively on the iPad Mini 4, iPad Pro, and the iPad Air 2

This new version of Pixelmator also provides the user with open in place document functionality. A ubiquitous flaw of the older version was the iOS file management: whenever you made an edit, the application would create and save that duplicate copy. But with the newer version you can open up a Pixelmator document from anywhere, edit it however you want, and save it back to the place you opened it from. So instead of creating multiple copies of the same image with only minor changes, you only have the one finished product. How great is that?

Furthermore, Pixelmator can now import and 8K resolution images.  64-bit architecture brings desktop-class image editing to iOS. You can now crop and adjust images on both the iPhone and iPad. The newer version also provides more convenience in image handling and storage in your Photo Library: Open an image from Photos and save changes back without creating a copy. Consequently, you can also copy your current canvas to the clipboard at any time to quickly paste into other apps.