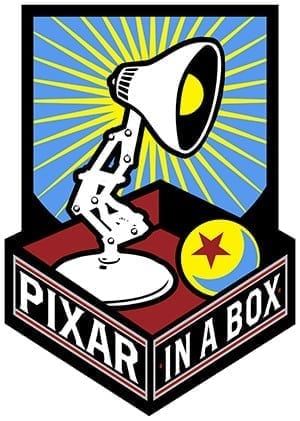 For anyone who is not familiar with Khan Academy, their site sums up their purpose with the following statement.

“Khan Academy is a nonprofit with a mission to provide a free, world-class education for anyone, anywhere.”

A noble goal indeed that benefits everyone on the planet. After all, there is no greater gift than the gift of knowledge, right? Khan Academy offers many courses of study at no cost.  Although it has been available for some time now, one area of study caught my attention.

Who doesn’t like modern animation? The kind that comes from Pixar or Disney.  The realistic representations of things we take for granted like water, hair, fabric, skin. Things that are so very difficult to reproduce in animation but yet we see these spectacular realistic reproductions on the screen and can only wonder how did they do that.  Well, Khan Academy has a feature known as “Pixar In A Box”. Pixar is where animation art meets tech and science to create lovable, memorable, characters with real world characteristics making them more and more believable.

The first time I became aware of Pixar, was at MacWorld in the early 90’s.  I was working for Deneba Software back then demoing our graphics application, Canvas, at one of our booth’s side stations.  Pixar’s booth was right across the aisle from us and everyone was in awe of the animation clips that played continuously at their booth. It’s nice to see giants like Pixar and Disney give back in the form of Pixar In A Box.

Pixar In A Box

This is a behind-the-scenes look at how the developers and artists create the magic we see on the screen. Developers at Pixar create the tools that the artist use to make the effects that were simply not possible a few years back. Pixar in a Box is a course of study at Khan Academy that allows you to play and learn with these tools.  Animate bouncing balls, build a swarm of robots or make virtual fireworks. Learn how to animate hair, or simulate water using particle systems. Reproducing natural looking hair and water is very difficult programmatically, but simplified with the tools developed by the company. Learn how subjects like math, science, computer science, and humanities are used to create amazing movies at Pixar.

The collaboration between Pixar Animation Studios and Khan Academy is sponsored by Disney.

The topics covered in the Computer Animation course of study include:

A series of very informative videos are included with each lesson. Check out this one on the introduction to the course.

Khan Academy is a wonderful free resource to quench one’s thirst for knowledge.  They have gone above and beyond with the addition of Pixar In A Box.  Check it out for yourself. Let us know what you think in the comments below.