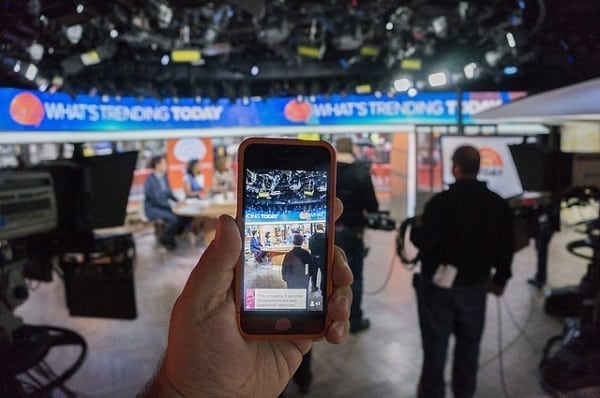 By now you must be aware of Meerkat and the Twitter backed Periscope. These are two really famous ‘live-streaming’ apps that are available on the iOS. Well, Periscope just got an update and some interesting features have been added to it. One of the awesome new features is that now Periscope lets you find streams based on location.

If you didn’t know about the apps let me give you a quick recap of what’s been going on. Periscope and Meerkat let you stream or ‘broadcast’ video live from your iOS device to people across the globe. Meerkat came up with the concept and they were using Twitter integration for their app when Twitter came up with their own app, Periscope. You can read about what happened here. Anyways, the idea that people can witness events live as those who are beaming the video from the actual scene is amazing.

Now that we have covered that let’s talk about the new features that Periscope has received in the latest update. We have already said it but once more, now Periscope lets you find streams based on location. When you open the app after updating you will see a Map option in there below the Global section. Tapping on it opens a map which is zoomable and very simply and well implemented. On the map some relevant top live streams are already marked calculated using your location.

If you are broadcasting a stream any you don’t geo-tag it, it won’t show up in the map. As Periscope uses geolocation only those live feeds that are tagged with their location appear when using this feature. There is an improvement in Periscope that goes well with this one and it is that Periscope has been localized in 29 languages. These include Hindi, Malay, Simplified Chinese and Arabic among others.

Another welcome change is that you will now be able to view a replay of your video as soon as you are done streaming it online for others to watch. Previously, after you had ended the broadcast only then would the app start uploading a replay of the footage. This obviously meant a delay before you could view the video again. Now as you shoot the server will record the video and the replay would be ready instantly after you are finished.

Lastly, a great addition to the app is that now users can use the link of a broadcast to share it with your circle. In the previous versions you had to copy the link and paste it to show others what you were watching thank God it is finally a one click process now.