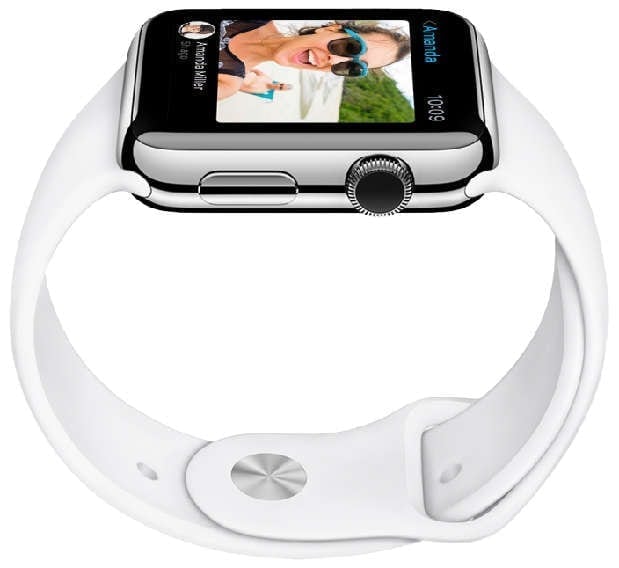 Apple Fans are anxiously waiting for the release of Apple Watch 2. Apple’s new patents suggest that the Apple Watch 2 may hit the market pretty soon. As we come closer to the release of the device the rumors regarding it increase.  According to the recent patents a camera and two new buttons could be added to the device.

Apple has lowered the price of the previous generation watch by $50 making the price more reasonable. The base model Apple Watch Sport was available to users for $349 which has now been lowered to $299. In March, the company also introduced unique bands for the watch. Users are anticipating what new features will be added to the next generation watch.

There has not been any official announcement regarding the Apple Watch 2 but the recent Apple Watch patents suggest a few enhancements.

According to one of the latest patents, an Apple Watch 2 camera may be present. This camera will possibly be used to scan bar codes and FaceTime. According to the patent, the camera will be located on the front of the Watch so that users can easily take pictures.

The camera appears only in one of the latest patents which means Apple may be looking to add it in the latest edition but the company has not yet officially announced anything.

Another approved patent suggests that the Apple Watch 2 may have two additional buttons. These buttons will be added to the left side of the device. The current Apple Watch already has a crown and a right side button. In this patent, however, the camera is not included.

You should keep in mind that companies tend to approve many patents, but only a few are implemented. We will have to wait and watch if Apple includes any of these patent design in the next generation of the Apple Watch.