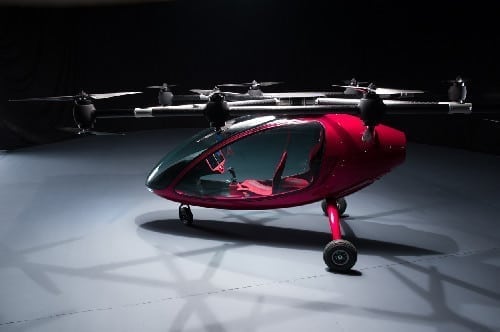 The aerial vehicle is slightly larger than a car and has the potential to revolutionize transport. It has an easy to use touch-screen which the passengers can use to select their destination and just sit back to enjoy the ride as the drone flies above traffic at speeds as high as 50 mph (80 km/h).

The testing of the aircraft started in May this year and intensive testing has been carried out in the past few months with different payload weights, simulated engine failures, and different control modes. The first manned flights began in August with passengers onboard and they claim that the Passenger Drone shows great stability and maneuverability and is very easy to fly in both manual and autonomous modes.

The aircraft has 16 electric engines and the low noise, economic high-speed mode of transportation does not contribute to the greenhouse effect. The structure of the vehicle is made entirely of lightweight and strong carbon fiber composites created specifically for the aircraft. The avionics, stability system and electrical control systems are all custom-made for the Passenger Drone.

A New Era Of Transportation

This aerial vehicle will change the way we look at transport and the time for that change is now. Millions of hours are wasted every year stuck in traffic and this means billions of dollars of lost productivity. The average time it takes to travel to work every day is 25.4 minutes one way. This means an hour every day. In 2016, the total cost of congestion to all drivers in the U.S. was $300 billion (including environmental costs), and that total is expected to rise by 50 percent over the next fifteen years. In many global megacities, the situation is far worse. 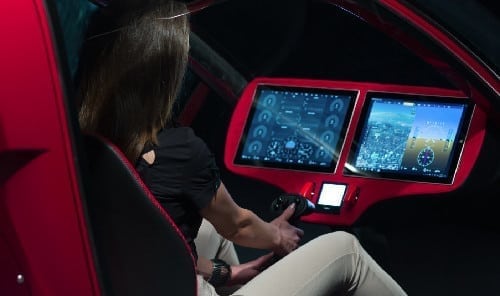 This aerial vehicle runs on fiberoptics. With the exception of the main power cables, there are no wires in the entire aircraft which minimizes the risk of a short-circuit. Everything from the joystick to the main CPU use light to communicate. The 16 individual rotors are all powered separately ensuring stability, cohesion, and redundancy. This makes the vehicle extremely safe and reliable.

Air travel is normally seen as an expensive way to travel. That could all change very soon when vehicles like the Passenger Drone go into mass production.