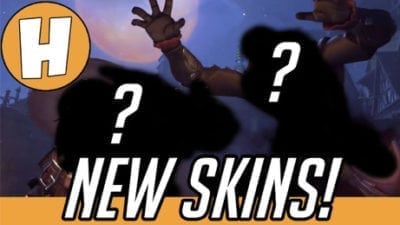 Halloween Is Coming As Well As The Newest Skins And Weapons

A holiday of the dead, mortals, monsters, ghosts, and pumpkins, Halloween has become a well-loved celebration in the virtual world. To give credit to the holiday of harvest (according to the origin), Overwatch producers have once set a tradition named Halloween Terror. Well, they know how to attract the gamer’s attention! On this occasion, the players receive an unbelievable opportunity to select any of the skins represented last year AND the new Overwatch skins released in 2017. Make use of the special offers granted this October! Tricky thing: being popular among the gamers all over the globe (South and North Americas, Europe and Asia), this gaming event will attract more and more people to the celebration of this peculiar holiday. Thus, the game unites representatives of different nations and cultures. Get prepared for your battle and join the game to destroy the borders!

When does Overwatch Halloween start and end?

Surely, this is an important event in the gaming world. Set notification to ascertain you will come in time to enjoy the performance to the fullest. Heroes are coming! Overwatch release date is set on the 10th of October 2017, and all the fans of the game will have access to this version of the entertainment up to the 1st of November 2017. Time flies!

The newest version of Halloween Terror includes Junkenstein’s Revenge, Endless mode for the player to arm himself to the teeth, Legendary mode for the experienced daredevils to try assay strength.

This time you’ll need to fight against thousands of Dr. Junkenstein’s creepy but powerful creatures who are rather strong to seem immortal with those new Overwatch skins. All you need is to guard the Castle’s gate not too let the enemies get in Eichenwalde. This can be the battle you’ll remember for a long time! To help you cope with your mission in Halloween Terror, here is the first tip: don’t let the invaders get closer to the gates for then you’ll have no chances for a win. Fight from afar.

Combat Dr. Junkenstein’s best soldiers (Symmetra, Roadhog, and the Reaper) to become a legendary winner of Overwatch Halloween battle. If you are one of the Overwatch lovers, you cannot afford yourself missing this event! There is no excuse if you choose to reject the best opportunity to enjoy your favorite fun with special offers on favorable terms. Halloween is only once a year!

Before you start the game, you need to spend several minutes on preliminaries. Here is the set of details to get acquainted with:

This is not a simple toy to have fun with. When you’ve made up your mind to try playing it, you need to think strategically and develop your tactics. New Overwatch skins is an option for well-informed and seasoned players. Just like the rest of serious killer games, it can serve an exerciser for your brains. Not to waste time on practicing the failures and respawns for long, take into account the tips: 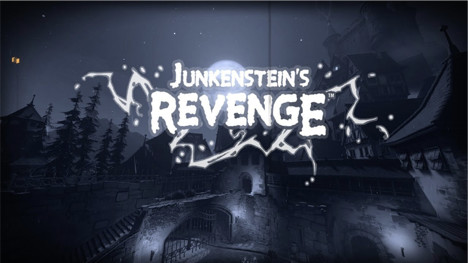 Are you ready for the victorious route march? Well, having learned the details of this long-awaited offer, you’ve made your first step to the great win!

About the author: Helen Birk is a freelance writer for Edubirdie. Her main professional and life purpose involve providing support to students from all over the world, who are in need and can’t achieve the desired academic and life goals.