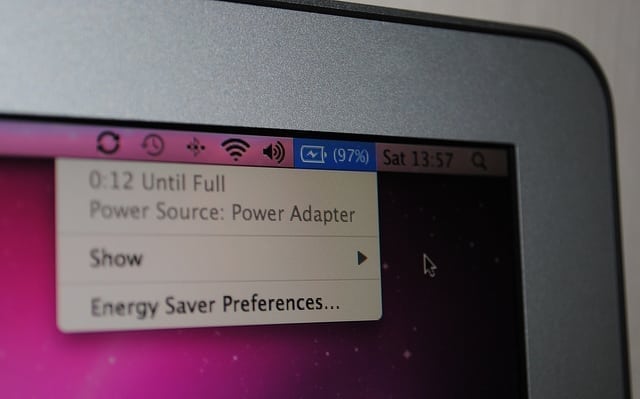 In the world of computing we often come across situations where we have to make choices between features. These trade-offs arise due to the limitation of resources. For example you might want to forego a little performance of your iPhone to get it jailbroken so you can get more apps or tweaks. We constantly try to conserve battery or optimize programs to use less memory or less processing. For products it is imperative to deliver in measurable metrics because at the end of the day most users look at the test results and numbers to decide what to go for. 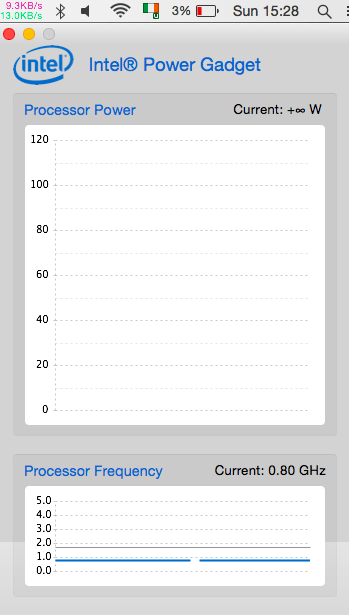 To deliver the best performances many tweaks are made to products so that they perform just that little bit better to make the difference. Motivated by the same idea Apple’s OS X contains an underlying feature that has been built in to extend the battery life of the MacBook. Turns out that when the battery of a MacBook running OS X drops to 5% or below your CPU is automatically underclocked so that less battery is consumed by the processor and it remains running a little longer before shutting down.

This behaviour has been discovered by Reddit user /u/cathalog. According to the post in /r/apple, /u/cathalog noticed that their machine suddenly got sluggish when the battery hit 5%. The most pronounced affect was observed on games and UI animations. The Reddit user, like any scientist worth their salt, then proceeded to test their hypothesis using Intel Power Gadget. It was revealed that the CPU frequency remained fixed at 0.8 GHz. The CPU is rated at 1.7 GHz. People were polarized about this piece of information but personally I think it is a good feature because during those times one is usually scrambling for the charger hoping the screen doesn’t go dark. So giving that vital couple of minutes is a good idea and one won’t have to boot the machine again or lose any data.

Other users also pointed out that this behaviour was seen on Window’s machines as well and another reason why laptops seem slower at that point is that they are writing data from the RAM to the hard drive to prevent data loss. What do you make of this feature? Tell us in the comments below.