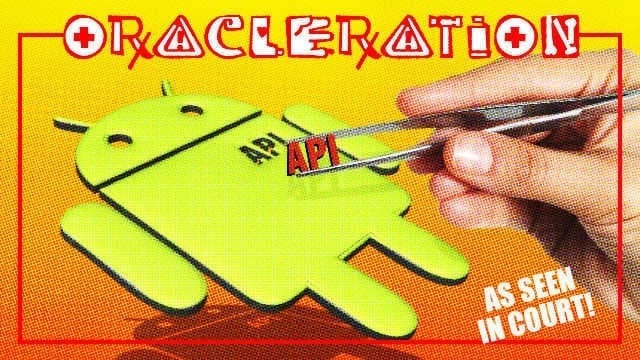 Oracle is suing Google for copyright infringement, in San Francisco’s federal court, marking the beginning of the second part of the Oracle v Google trial. The Intellectual Property claim previously ended in a deadlocked jury in 2012. The re-trail is expected to be a month-long ordeal that will lead to perhaps one of the biggest civil verdicts ever held. A total of $9 billion USD are at stake here and both the companies seem to go ‘all out’ for the battle.

According to Oracle’s lawyer, Mr. Peter Bicks, 3 billion Androids are activated through the usage of copyrighted property of Oracle. This has allowed Google to accumulate almost $42 billion USD belonging to Oracle.

Oracle believes that Google is liable for copyright damages as it uses 37 Java APIs in the operating system for Androids. In the first Oracle v Google trial, Google argued that the API’s should not be copyrighted. However, Google lost the appeal.

The only salvation for Google will be if it’s API usage is seen by the jury as a case of the fair usage exception under the copyright law of U.S. “Fair use” refers to a limited use of copyrighted material sans permission from the rights holder. This type of usage is mostly done for the purposes of research, commentary and news reporting.

The counsel for Oracle stated that Google’s emails also corroborate the fact that the company purposely made an illegal shortcut in Android by using Java. The motivation behind this action, according to Bicks, was the reaping of “huge profits.” Bicks’ argument was morality-laden, focusing on the importance of the API code. Oracle aggressively derided the Fair use argument favored by Google.

Van Nest focused on certain points. He said that Java programming language is a freely available language open to the world. He also restated the fact that the API’s in question were only a small part of the whole code. He also said that the Java API used by Google was transformative, thus making it fair use of copyrighted material.

The jury will decide which of the two narratives seems to be closer to reality. Meanwhile, the world awaits the decision of the Oracle v Google trial with bated breath.