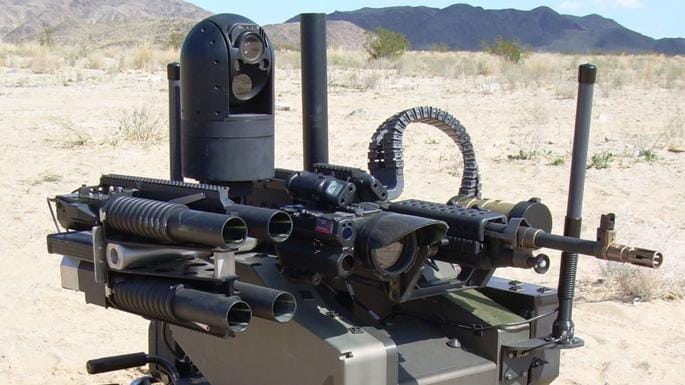 Elon Musk And 115 Other AI Experts

Elon Musk banded together with 115 other Artificial Intelligence (AI) and robotics experts over last weekend to write an open letter addressed to the United Nations. The letter urges the UN to ban lethal autonomous weapons, commonly referred to as killer robots. Apart from Elon Musk, other notable names are Google DeepMind’s Mustafa Suleyman and Ryan Gariepy, founder of Clearpath Robotics.

“Once developed, will permit armed conflict to be fought at a scale greater than ever, and at timescales faster than humans can comprehend, these can be weapons of terror, weapons that despots and terrorists use against innocent populations, and weapons hacked to behave in undesirable ways.” Write the signatories.

The 116 founders of AI and Robotics companies come from 26 different countries. They published the open letter ahead of the International Joint Conference on Artificial Intelligence (IJCAI). This was originally intended to coincide with the start of formal talks by the UN exploring this ban. 123 nations agreed to take part in these talks triggered two years ago by a similar petition. These discussions have been delayed due to unpaid fees from the member states.

All the experts called these weapons “morally wrong” as they have the ability to kill without human intervention. They make the point that their usage needs to be controlled under the 1983 Convention on Certain Conventional Weapons (CCW). That is a UN agreement regulating usage of a number of different weapons including land mines, fire bombs, and chemical weapons.

A Matter Of Urgency

The experts have stressed the urgency of the matter “This is not a hypothetical scenario, but a very real, very pressing concern which needs immediate action,” states Ryan Gariepy. “We should not lose sight of the fact that, unlike other potential manifestations of AI which still remain in the realm of science fiction, autonomous weapons systems are on the cusp of development right now and have a very real potential to cause significant harm to innocent people along with global instability.”

A number of nations are currently developing lethal autonomous weapons or killer robots including the US, China, Russia, and Israel. Some systems have already been deployed, like autonomous border turrets built by South Korean arms manufacturer Dodaam Systems. The turrets are equipped with machine guns and are technically capable of identifying and firing on targets without human intervention. Although currently, human operators have to authorize any lethal shots.

A number of bad things start with the best intentions. All the nations are developing this technology on the belief that it will reduce casualties on the battlefield. None of them are likely to slow down any developments or production. This is based on the fact that they want to stay ahead of the curve and their adversaries.

This sort of arms race mentality is exactly the situation that the AI and robotics experts want to avoid. As the petition submitted to the UN states:

“We do not have long to act. Once this Pandora’s box is opened, it will be hard to close.”