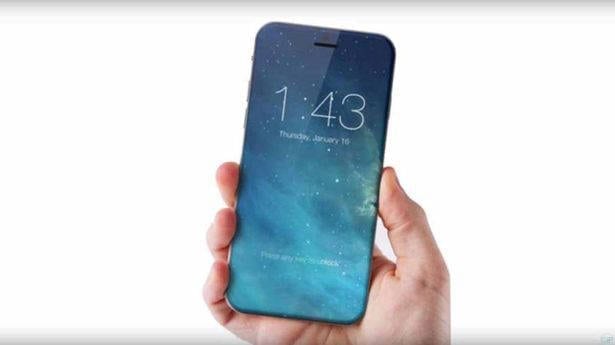 Earlier it was reported that we might see the  introduction of OLED screens in the upcoming iPhone, and now there have been recent reports of an increase in orders of OLED displays by the manufacturers. Recently there has been approximately fourfold increase  in orders for OLED screens, from Applied Materials.

Applied Materials, is a manufacturer of equipment for making displays. Apple wasn’t specifically pointed out to be the ones to order the displays but the CEO of Applied Materials, Gary Dickerson possibly hinted at Apple by saying “we all know who is the leader in terms of mobile products”.

“It’s not a peak or a one-time event,” said Applied Materials Chief Executive Officer Gary Dickerson. “This is going to be sustainable growth. We all know who is the leader in terms of mobile products.”

There are many rumors suggesting that the Cupertino-based company has already made a deal with Samsung for OLED displays for their forthcoming products. Moreover, according to some reports Apple is set to purchase displays from suppliers like LG display, Sharp, and AU Optronics. These displays would be the reason for the rumors and anticipations from Apple in at least 2017. Apple using OLED displays and producing edgeless, sleek iPhones with glass bodies have been a major rumor going about recently, expected to be in what may be the iPhone 8.

Where screens are spoken of, LCD’s aren’t as efficient for phones as OLED displays. OLED touch displays have a very bright color display and it highlights colors individually. With backlight integrated into these displays beforehand, there would be no use for the usual backlights in LCD displays, leaving some space for any modification Apple may find useful, or maybe modification in appearance. Other upsides include convenience in power usage and faster response time.

The 2017 iPhone (or iPhone 8) has been talked about quite a bit even while its predecessor or predecessors are still in the making. Perhaps because of its rumored redesign and upgrades, whereas the iPhone 7 consists only of little modifications.