Apple Watch event announced, folks! Ever since Apple announced Apple Watch everyone has been waiting for the official Apple Watch event marking its official launch. Today Apple has made an official announcement about the most anticipated Apple event in recent memory, the Apple Watch event takes place at 10 a.m. on Monday the 9th of March. The invitation has been extended to the media for a gathering which will be held at Yerba Buena Center of Arts in San Francisco. 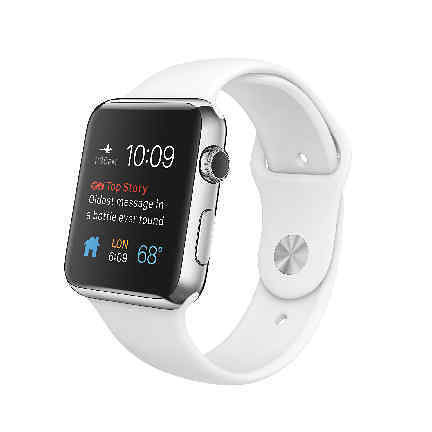 As this is Apple first foray into the world of wearable computers we can expect an extraordinary event going by the company’s previous record. Another reason for this being potentially a landmark event is that for the first time since 2010 Apple is going to introduce a new product. This will be the first product, not a model, revealed under Tim Cook and after Steve Jobs.

Hopefully, we will finally learn about the details such as pricing and availability of the most hyped up wearable computing device ever. We can also reasonably look forward to a more comprehensive and more complete demonstration of the features of the Apple Watch at the event. The tagline for this event is “Spring Forward” which is very fitting for an event for the launch of a watch (the tagline refers to a time in all probability).

Apple has stated the event will be streamed live. Like last time, we will discuss how to watch the event on both iOS / OS X devices, as well as on Windows, Android, etc.

What we already know with fair certainty is that prices for Apple Watch will start from $350 which is what the Aluminum Sports model will cost. What we don’t know and the company has not said anything about are the pricing details of both the regular version and their ultra-luxurious Apple Watch edition. We also know that Apple Watch will be available sometime in April according to Tim Cook, CEO of Apple but the exact date will hopefully be revealed at the event.

Apart from Apple Watch rumors have indicated a possible completely new MacBook Air design to be announced. Also from the grapevine, the streaming service of Beats Music might take a new direction. Well, all of these are just rumors at the moment and might not have any truth to them, regardless, the star of the event will no doubt be Apple Watch.