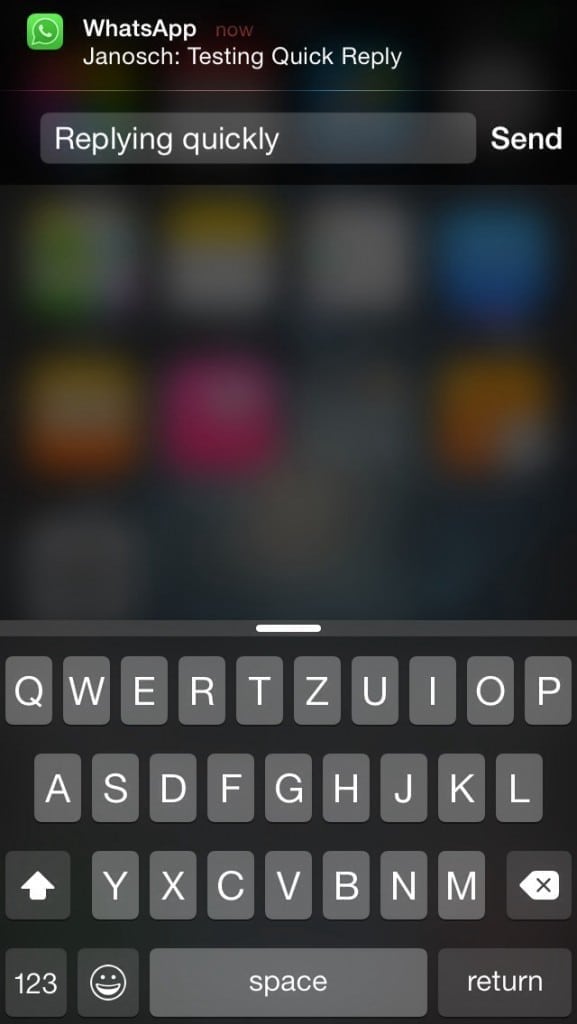 WhatsApp’s development team is incredibly slow at iterating their mobile apps. Case in point, we are still waiting for them to include a way to quickly reply from notification banners, like the stock Messages app on iOS 8. If you are jailbroken, however, you can use the free quick reply WhatsApp tweak mentioned after the jump to fill this little hole in our lives. 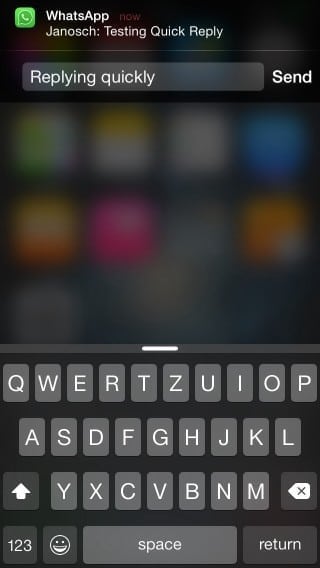 Like its hardware release cycles – a numbered upgrade followed by an ‘S’ one – Apple follows the ‘tick-tock’ method when it comes to iOS.

One developer option that was added in iOS 8 was the ability to add contextual options to app push notifications. Facebook Messenger, for example, allows you to ‘Mute’ and ‘Reply’ to notifications. WhatsApp – our other favorite instant messaging app – offers nothing of the sort.

iOS does not officially allow developers to add quick reply from notification banners; said feature is exclusive to the iOS 8 messages app. However, if you have jailbroken your iOS device on iOS 8, then you can use a quick reply WhatsApp tweak.

The jailbreak tweak is called Nuntius. It is in open beta at the moment. To download it, you must first go to Cydia > Source tab > Edit > Add http://sharedroutine.com/repo. Then, once Cydia has indexed the new repository, you can search for Nuntius quick reply WhatsApp tweak to install it.

Nuntius is free at the moment, but it may cost money later on, and may be released on a more popular repo like Modmyi, or BigBoss.