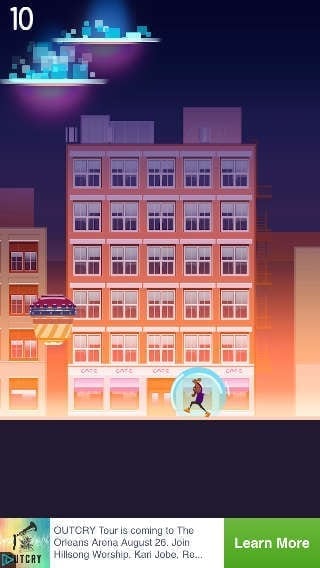 Have you ever had an amazing unbelievable story to tell and no one believed you? Do they just say, “Nonsense!”? Well, that’s probably what the character in this new game must be going through. This new single player, War of the Worlds-type endless scorer called Nonsense Fall has swept across the App Store. The game by the incredible team at Ketchapp is a mixture of cosmic horror and hilarious stereotypes. 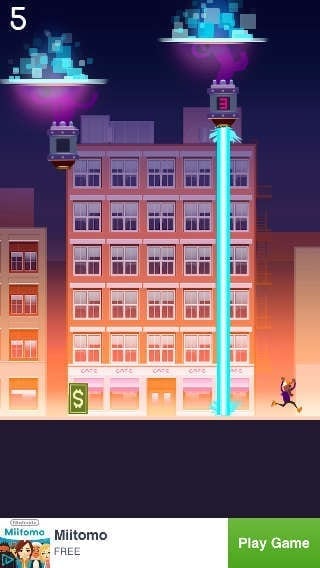 A lot of people believe that one-day aliens will come and attack the Earth. If this is you, you probably won’t find this game too funny. The object of the game is to avoid the obstacles falling from the sky. Characters include a chicken, a dinosaur, a cowboy, a vampire, more humans, a ninja, and many others. The main character, Tank, is the first character you receive. The rest of the characters are bought using the game’s currency which is earned through playing the game. Random dollar bills appear when playing the game. The controls are basic. Since the character chosen automatically runs from bezel to bezel of the device used, the only control you have over the character is the speed. The character dashes quickly when you tap the screen, ultimately allowing you to dodge obstacles and experiment with your timing. 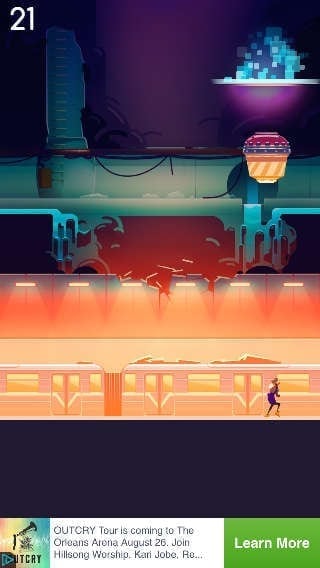 These obstacles seem to come from some sort of extraterrestrial, unidentified machine that glows blue when it opens. As a weak human being compared to enormous machines, lasers, and bombs falling out of the sky, the character chosen does a hilarious arm movement and silent scream as it runs for its life around the city block. After one reaches a certain amount of dodges, the character moves to another setting, usually underground. This setting brings about other types of obstacles such as timed lasers and trailing missiles.

The only way that you can protect yourself is by collecting a shield, which appears every few dodges randomly and automatically. They allow you to be hit by one obstacle before  disappearing.

Overall, this is an amazingly funny and simple game by Ketchapp. It doesn’t surprise me that Ketchapp has made something like this. I highly recommend it and I can’t wait for more apps by Ketchapp.