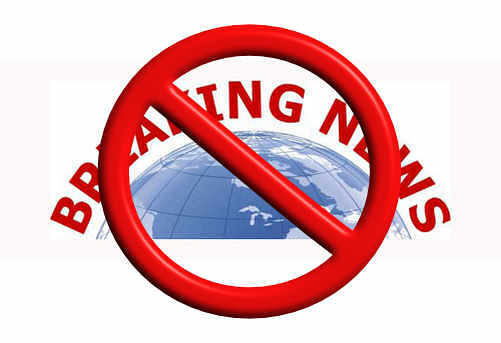 No More Apple News In China

For Apple, China is the most promising market. Not only is it the second leading source of revenue for the company, but also has a wide market that uses its devices and downloads app from the App store. Recently Apple blocked the News app from its Chinese customers, which means if you’re in China and you open the news you’d find that the news app would crash before even a single headline pops up and see an instant error stating: “Sorry, News isn’t available right now. The app isn’t supported in your current region.”

Although Apple California failed to comment officially, the number of tweets by frustrated and aggravated users in China confirm that the problem isn’t just being faced by one user, but by many. What’s even more troubling is that if you’ve downloaded or saved a particular news in another country, for example, the United States of America, even that particular news wouldn’t open as soon as you enter China.

For many organizations, doing business in China is no easy feat. With a market that is controlled by a government that has strict policies on the kind of information or media that is released, various organizations make use of a mix of censorship programs that hide any sensitive information or news directly from the feed. Apple right now has not been using any such software or censorship programs but is taking the easy way out by deactivating the whole app. It is clear that Apple is avoiding going down the path of self-censorship which the Chinese government insists that the organization do. But because of the lack of comments by the company, there is yet no indication that Apple may tread down the path of self-censorship in the near future. If it does, the aggravation and frustration that the Chinese consumers feel might dim down and they may settle.

Many users are complaining about this issue since it has been in some way, blocking the people from the news. What’s even more infuriating is that the censoring and blocking of news has been done on news that was downloaded in another region and saved on the device as opposed to being saved in the app. People have been commenting that it was, up to some level okay that the app was being censored, but the device being censored is a whole new level of outrage. And on top of the fact that Apple has no say and hasn’t even considered taking an action is more appalling.

Apple is trying really hard not to upset the Chinese government by taking actions that are in a way a bit against the rules and policies. But by playing this safe, Apple is risking losing its customer base and jeopardizing the cash cow.

It is safe to say that people are not only irritated by the blockage but by Apple’s lack of say as well. Consumers feel a bit let down that their favorite mobile phone company has no stance on this issue.