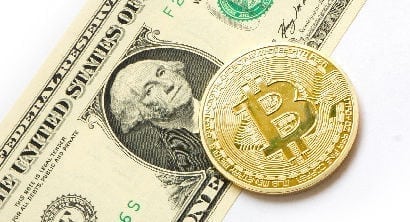 A troubling but I would say an expected problem has presented itself with Bitcoin.  An attack on a major Bitcoin marketplace has occurred. Apparently, NiceHash has experienced a major breach of security. $64 million in Bitcoin have disappeared or rather stolen from the company’s wallet.

NiceHash pays customers for their hardware processing power to help verify bitcoin hashes.  When a customer wants out, they are paid in Bitcoin. The payment system used by NiceHash was compromised. As a result, the thieves got away with around 4700 Bitcoins, about $64 million worth by today’s calculation.

This raises more questions about the safety of Bitcoin investments. NiceHash posted the following statement while this breach is being investigated.

Unfortunately, there has been a security breach involving NiceHash website. We are currently investigating the nature of the incident and, as a result, we are stopping all operations for the next 24 hours.

Importantly, our payment system was compromised and the contents of the NiceHash Bitcoin wallet have been stolen. We are working to verify the precise number of BTC taken.

Clearly, this is a matter of deep concern and we are working hard to rectify the matter in the coming days. In addition to undertaking our own investigation, the incident has been reported to the relevant authorities and law enforcement and we are co-operating with them as a matter of urgency.

We are fully committed to restoring the NiceHash service with the highest security measures at the earliest opportunity.

We would not exist without our devoted buyers and miners all around the globe. We understand that you will have a lot of questions, and we ask for patience and understanding while we investigate the causes and find the appropriate solutions for the future of the service. We will endeavor to update you at regular intervals.

While the full scope of what happened is not yet known, we recommend, as a precaution, that you change your online passwords.

We are truly sorry for any inconvenience that this may have caused and are committing every resource towards solving this issue as soon as possible.”

As the meteoric rise in popularity for investment in cryptocurrency has surged in recent weeks we are suddenly smacked with the reality associated with this unprotected financial instrument.

As a major mining marketplace, the NiceHash website now finds their operations have halted for at least 24 hours while they strive to figure out what happened.

As suspected and outlined in an earlier article there is an element of risk when it comes to Bitcoin. Buyers beware.

Psst, Can I Interest You In Some Bitcoin

Who Is Satoshi Nakamoto, The Founder Of Bitcoin