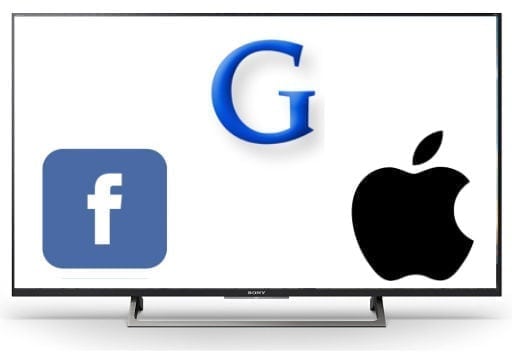 The Past Era of Television

Let us turn the pages of history and go back a couple of decades. The term television had an entirely different meaning as it has today. Go back even further and there were only a handful of channels you could choose from. Yet people found fascinating news in the world at that moment on TV. Everything changed when the Federal Communications Commission (FCC) opened up to Ultra High Frequency (UHF) and people got more channels than they had ever seen before.

All of that is normal for people of the current generation. HBO changed the perception of entertainment with flexible scheduling and minimizing commercial breaks. The entry of the Silicon Valley company Netflix started the trend of binge watching. The technology has no intentions of stopping here. New developments are happening all the time and the next big thing might just be around the corner. This is especially true since the tech giants Apple, Facebook and Google plan to enter the scripted video entertainment industry. Amazon already entered the field successfully a while ago.

The Next Era of Television

The combined brain power and resources of these tech giants will no doubt accelerate the breakthroughs waiting to happen and give rise to the new era of television. Facebook which has almost 2 billion regular users, which makes up almost one fourth of the world’s population gives it the advantage of having huge collections of data. This data can be analyzed by experts into categories about the current trends. The likes and dislikes of the people all across the globe. Related content can be converted to scripted entertainment boosting up the number of viewers.

Apple has always come on top whenever it decides to invest in something. The start might be slow for these giants while they get a feel of the viewership but as is their style, they are going to hire the best experts to whip up some amazing content and before long they will be in contention for the top spot.

Almost every person on the planet who has access to the internet has used Google at one point or another. Most of them use it on a regular basis. Google has the edge as it has already an established internet-only model of video with YouTube. The search preferences of the huge chunk of the population give them the insight to create content that would be well received in all corners of the world.

With this decision by the tech giants to enter the scripted entertainment industry, we can expect a new era of TV soon.

See this other article on Is Broadcast TV Reign Coming To An End?