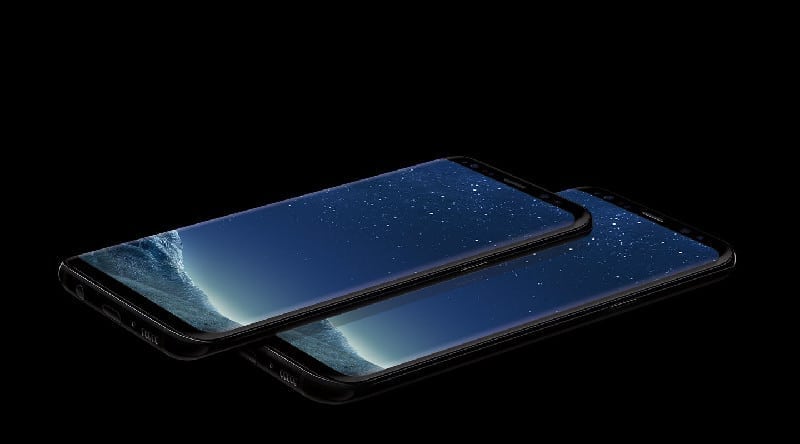 The new Samsung Galaxy S8 is finally out for consumers and the results are in. While many people are loving their new phone, some are not huge fans of this latest Samsung flagship phone. Perhaps one of the most disliked features of the new Galaxy S8 is the location of the new fingerprint sensor. Samsung has located the fingerprint sensor on the back of the phone next to the back camera. Because of this, many people end up creating smudges all over the camera. This design flaw is something that many current and future iPhone users hope Apple does not do with the iPhone 8 (or iPhone X or iPhone Edition). It has been reported in the past few weeks that Apple is having production complications with putting the Touch ID sensor underneath the full-screen display.

First of all, the screen is absolutely gorgeous. It is perhaps one of the best displays on any smartphone ever made. The nearly bezel-less screen gives the user a sense of blending in with the environment. This experience is what allows Samsung to run their beautiful S8 commercials.

The headphone jack is probably a big factor in the decision for those considering a purchase of the S8. The iPhone 7’s lack of a headphone jack gives Samsung an advantage towards those who wish to keep their wired headphones or those who just don’t want to go wireless. Plus, Samsung has included their own headphones with the S8 that have a value of $100.

All the other cool stuff. Bixby (when it’s updated), is basically Samsung’s Google Now or Siri. Samsung announced that Bixby Voice is not going to be available in the US until later this spring, The camera on the S8 is amazing. The S8 has the same battery size as the S7 yet it lasts longer.

Perhaps the biggest thing keeping people from getting the Galaxy S8 is the iPhone 8. Considering that this year’s iPhone would mark the 10th anniversary of the iPhone, consumers can’t wait to see what Apple has done to revamp it in celebration of this milestone.

The Samsung Galaxy S8 is an amazing phone. The screen is absolutely gorgeous, the battery life is amazing, the camera takes spectacular photos, and the phone comes with its fair share of fantastic new features. While the Samsung S8 has some minor design flaws, it shouldn’t really keep Android and Samsung users from upgrading. Only those who are thinking about switching to iPhone, or vice versa, should consider waiting until the fall.