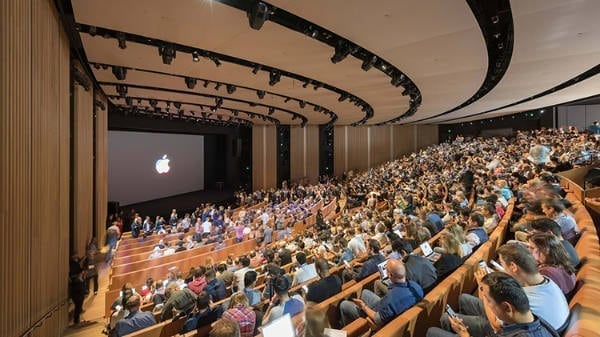 Apple is getting ready to unveil its new iPhones.  This year’s iPhone event will be held on Wednesday, September 12th, at the Steve Jobs Theater at Apple’s headquarters in Cupertino, CA. As usual, there is lots of speculation. Like the iPhone X coveted features will be heading to the rest of us in one of three models that are expected to be announced.

Bloomberg has reported that there will be a bigger 6.5” iPhone that is likely geared to the Asian market where big screen phones are a hit.  Most do not carry both a tablet and a phone so a larger screen on the phone is appealing to the Asian market.

The existing iPhone X at 5.8” will be getting some internal updates improving processing speed. The camera is also expected to see updates. It is expected to be known as iPhone XS. Both the 6.5” and the 5.8” iPhones should have the more expensive OLED screens and stainless steel edges. Both are expected to get dual SIM card slots which will be helpful to those traveling the globe.

The least expensive of the trio will be the 6.1” iPhone which will have an LCD screen and aluminum edges. It will be available in multiple colors. All three iPhones are expected to have edge-to-edge screens, gesture-based control so no Home button or fingerprint sensor. They are also expected to have a glass back, and dual cameras. There is also no new major design innovations as there was with the iPhone X so even though there are three new models expected this is still basically an “S” year for the iPhone.

A larger, cheaper iPhone is a good move since Apple is facing more competition in emerging markets with larger, cheaper phones. Closer to home, Samsung’s Note 9 and Google’s new Pixel expected in October are also competing for their share of the market. The least expensive of the three new iPhones is still a high-quality product and should compete well if priced right  Price is always a concern so we are patiently waiting to see how this new trio of iPhones will be priced.

A Platform For Apple Services and Accessories

iPhones are a platform for all the other Apple services out there so the strategy appears to be to put iPhones in as many hands as possible. This, in turn, will bring in more subscribers to Apple Music, iTunes, the App Store and sell more accessories.

Apple is now worth $1.3 Trillion.  If their iPhone strategy works they should enjoy even more growth this year.