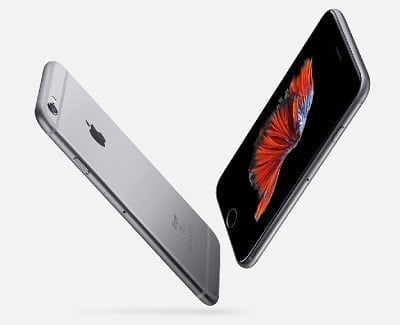 Clearly, travellers need good internet speeds in order to check e-mails, check-in online for flights, and access apps like Apple Maps. With the iPhone 6, users will effectively have universal roaming because they will be supported by almost two-dozen 4G LTE bands.

There are few situations more frustrating for the enthusiastic traveller as capturing a once-in-a-lifetime picture that turns out to be blurred or out of focus. Fortunately, iPhone 6 users will benefit from a reliable 12-megapixel camera, as well as a 5-megapixel camera with a Retina Flash for snapchatting.

Although the image quality of the iPhone is probably not going to outstrip that of a professional SLR camera anytime soon, it is a momentous leap from the often lamentable image quality of many phone cameras before the smart phone revolution.

People don’t need to worry about bringing a Sat Nav or a creased old map when they have the iPhone 6. This phone integrates hundreds of useful apps and won’t let you down when you’re trying to find that remote hotel or tiny restaurant in a country where no one speaks your language.

Unsurprisingly, safety is a key concern for iPhone owners, especially when they are travelling to regions with a higher incidence of thefts and other crimes. iPhone users are around 50 percent less likely to be a victim of a cyber attack when travelling compared with Android users, and the new iPhone 6 Plus has the Apple pay application, which enables users to make payments with more secure NFC technology.

Millions of iPhone users would happily upgrade to the iPhone 6 just for its extended battery life alone because this has probably been the most common complaint against earlier models. The iPhone 6 Plus, for example, has a powerful Li-Po 2915 mAh battery and enables the user to listen to their music for up to 80 hours.

With 128GB of storage space and no need for an SD card, users can store an almost unlimited amount of music and photos without the need to upload the files to a computer or tablet. Even the most ambitious traveller would find it a challenge to use up all of their 128GB of storage space through photos alone unless they were planning to travel for several months or years. If you don’t think you’ll need 128GB of storage, you can opt for 16GB or 64GB and pay significantly less.

Be sure to take out some protection for your iPhone – with a price tag of around £700 for the 128 GB, you will need a multi-trip insurance policy that provides cover for personal belongings.

The latest iPhone is a gem for travelers and will help people to stay in touch with family and friends while travelling. With hundreds of apps available that provide access to hotel and tourist information, as well as flight and secure money transfer apps, can you afford not to travel with an iPhone 6s. Just don’t forget your charger!

Roxanne Seabourne is the Marketing Executive at Avanti Travelcare, who specialise in travel insurance for those with pre-existing medical conditions, and are one of very few that have no upper age limit on their policies.