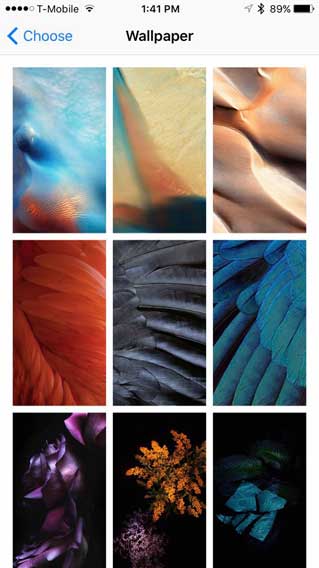 The introduction of the first iPhone was a major breakthrough in what was then called, the “smartphone industry”. The iPhone was the first smartphone to use the finger as the stylus on a touchscreen. Most others came with a stylus which was eventually lost.

Behind all the physical features and differences of the early smartphones, one thing was behind the innovation that smartphones realized. That one thing was Apple’s iOS. Although each new release of iOS added something new, there was still one thing missing and by the release of iOS 4, Apple figured it out—a simple addition that would allow the user to further personalize their iPhone—Wallpapers.

Not only do wallpapers reflect one’s personality or interest (selfie-lover), they also bring a mood or personal feeling to your phone. They are one of the key components when it comes to making your phone, well, yours. iOS 4 came with a variety of really cool wallpapers pre-installed that you could choose from. iOS 5 and 6 did the same. Then Apple gave us iOS 7.

iOS 7 was an almost complete redesign of Apple’s beloved mobile operating system. It marked a new beginning in Apple’s story. It held the building blocks for what would later become known as watch OS on the Apple Watch. iOS 7 came out with a collection of new wallpapers that I personally believe really stood out and showed what Apple’s, then Senior Vice President of Design, Jony Ive can really do. It even came with animated wallpapers that moved with the movement of the phone and the ability to have that same animation applied to one’s own photos. Next came iOS 8, an upgrade to the major redesign of the operating system.

Now it’s time for iOS 9. iOS 9 Beta 5 brought users a variety of new features. One of the most pleasing additions to the upcoming new iOS 9 is the release of a new set of pre-installed wallpapers—they are truly stunning. I can’t wait to get my hands on iOS 9 this coming fall. 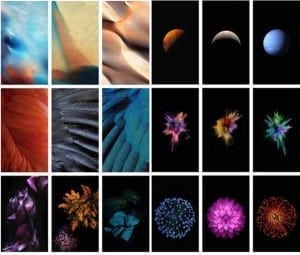