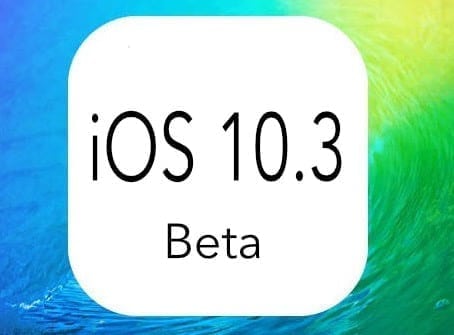 Apple is expected to bring a lot of new functionalities to the 10.3 update. The iOS 10.3 beta shows some great new features. However, most of these are still hidden under the covers. But nothing remains a secret for too long once it hits public testing. The same is the case with iOS 10.3 beta, as already a lot of features have been uncovered by the ‘experts’.

One of the peculiar ones is the Floating one-hand keyboard. As is usually the case with iOS updates, there are a few new features that Apple doesn’t activate in the user-facing version, but developers still uncover their existence.

According to developer Steven Troughton-Smith, the feature supports iPads that are 9.7-inches in size or smaller. Meaning the largest 12.9-inch model is left out. Smith explains that the floating keyboard works a lot like picture-in-picture does for video. The keyboard can be moved around on-screen and is essentially the size of the keyboard you’d get on the iPhone.

The feature will be implemented with future beta updates or the company could just be laying the foundation for later iOS updates.

“To clarify: that one isn’t publicly accessible yet, but can see it by swizzling  UIKeyboardPreferencesController’s .”

One other, much-needed feature is limiting pop-ups. The update includes a new Reviews API that will limit pop-ups to three times per year, and give people the ability to turn off such pop-ups entirely.

Working on that, Apple will also introduce the function to rate an app. Users won’t be prompted to leave the app to review them. As the API will allow reviews while the host app is running. So the user will not have to switch apps to rate.

More new features are yet to be uncovered as third party developers go through the beta iOS. We will let you know what we find out.